L’s legacy lives on as another detective takes up his mantle and engaging in another cat and mouse chase with the death note holders — or so it would it seem in the cover and description.

After feeling a little bit guilty on my less than enthusiastic or in other words lazy description of L on my Five Flaming Hotties post, I felt compelled to make amends. My sort of apology to the genius detective was finally checking out this spin-off of the original Death Note.

There will be no replacing L’s special place in my heart. Nonetheless, I decided to check this out and prepare my judgie lenses because Netflix already did a number on me. Hopefully, the Japanese produced spinoff will prove worth the hype. 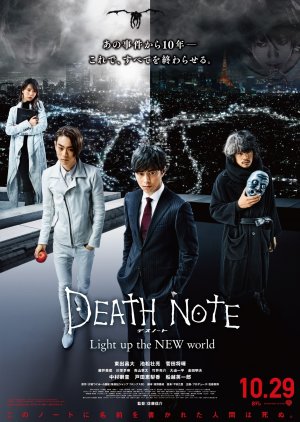 10 years has passed since the confrontation between Kira and L. Again, Shinigami sends death notes to the ground and due to this, the world soon falls into chaos. Tsukuru is a member of the Death Note special task force team with 6 other investigators including Matsuda who experienced the Kira case of 10 years ago. Mass murders caused by the death note takes place on Wall Street in the U.S., Shibuya in Japan and other places. World famous private investigator Ryuzaki, who is the rightful successor of L, also investigates the mass murders. They discover that 6 death notes exist in the world. A computer virus called Kira spreads in the world. A message in the Kira virus says to turn in 6 death notes. A person who has 6 death notes overwhelm the world. The confrontation begins between the person who wants Kira’s revival and the people who want to stop it.

First, all the hype it caused, during the release of this a year ago, gave you such high expectations for this movie. But that one couldn’t be avoided since it has been ten years since the last one came out.

From the start, the movie did a good job in letting us see the effects of what happened during the events of L vs. Kira, and the influx of Shinigami on earth was another repercussion of this. Although presenting six death notes in the equation begs for confusion in how this affects the rules we know, and also think of how complicated it will be to keep track of all the major players.

But the movie further simplifies the chase by giving three main leads: L’s successor, a Death Note otaku (also member of the Death Note Task Force), and a Kira worshiper. This is pretty much the same equation as the original story which is not a bad thing in itself if the new characters did their predecessors’ story justice. This setting also gives us more reason to compare the new players to L and Kira, with their intellectual battles and ingenious manipulations. 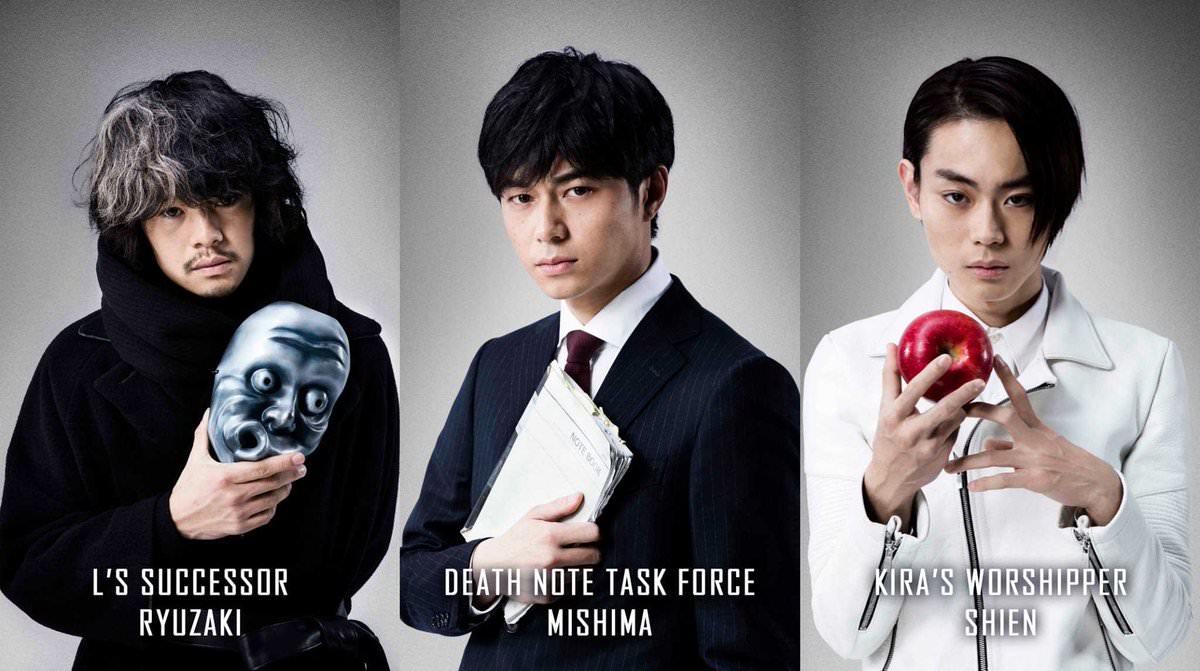 I think this is where this spin-off fell short. In their focus on sort of imitating or giving the characters some traits similar to their predecessors and even the nostalgia that the whole setting brings, it was ultimately a watered version of the original with some twists which are predictable that didn’t bring much excitement. It lacks the charm that made the original so engaging. L and Kira’s legacy do live on and there’s the continuing battle between good and evil but not of the same quality as before.

Even some of the tools used in the movie were the same, using the media to relay the message; a watch with a hidden compartment. You’d think after 10 years they would have come up with different things to utilize. 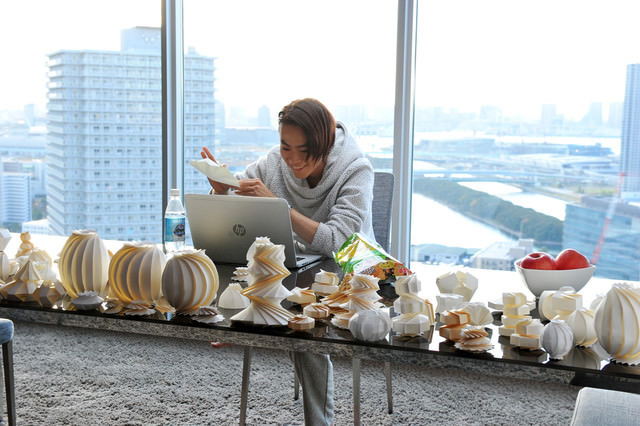 Shien’s behavior being a Kira worshiper is that of Mikami, and those origamis seems like they’re replacing L’s array of sweets. And they seriously couldn’t give him another interesting motivation other than being thankful to Kira? He is essentially the same as Misa back then only no Light for him, and his creepy-but-not-really proclamation of Kira being God made me laugh too much. Ryuzaki, on the other hand, gives me cringey feels with his over the top behavior that reminds me of Light in his manic mode, and it pains me to say this but he felt pretentious. To be fair, I like the younger version of him briefly shown in the movie, only because the kid looked cute holding that lollipop and we can hear L talking.

L: “Please don’t use the death note. Swear on the lollipop.”
New L: I promise. (But why a lollipop?) 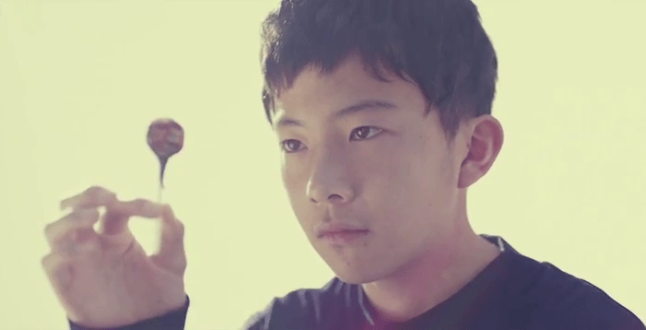 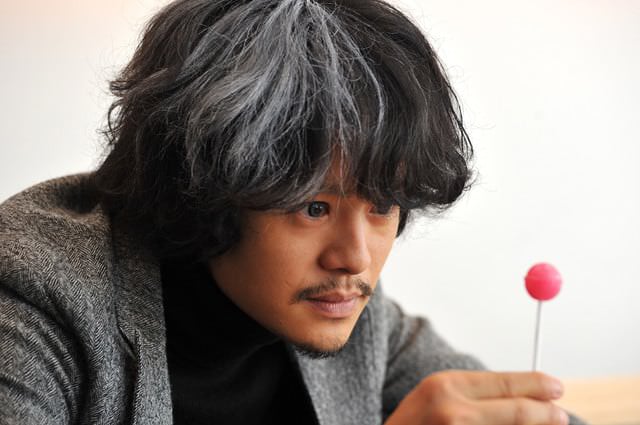 “You mourn when one man dies, but when many die, it’s just a toll.” (Ryuzaki)

The only saving grace in this film out of how many characters was Amane Misa.

It was a bit heartbreaking seeing her and still pining for her long lost love. In a way, she was the hard-carrier of this movie since her performance brought it home. Even though some revelations surrounding her involving a little kid with a death note of his own was not explored properly (because that would’ve been interesting for me), her character showed some development but still managed to be same old Misa.

But seriously, how many times did she make that deal with the shinigami eyes and she still outlived all the original characters of death note (except for Ryuk of course). Not to mention she died on her own terms and I admit I was a bit teary-eyed at that point for her character.

There was also another interesting character in the form of the Shinigami who lives with Ryuzaki – Arma. Those two was seriously just odd. They felt like a married couple to me. It felt that there was something there but thankfully (so no to weirdness mania) it was just friendship between them. The shinigami’s sacrifice was also somewhat of a recurring theme similar to Misa when she was saved by one.

Maybe another spin-off about shingamis and their death notes in the death world is the one we need — about their hierarchy/monarchy, their motivations, how they came to be, and if more of them are deviant types. There could be a civil war of sorts, you never know.

“The king promised that anyone who found the next Kira would have the throne after he retired.” (Ryuk)

The conclusion between Mishima and Ryuzaki was definitely not one of the best scenarios that could have played out. But I have to say that there was just THAT something between the two that almost feels like ‘camaraderie’. Even though they were against each other’s throats during most of their scenes together, there’s an underlying tone much like with L and Kira who could have been friends in another life.

The movie was specifically catered for death note fans because knowing the basic of the death notes and also the events prior was necessary to at least understand the movie premise. 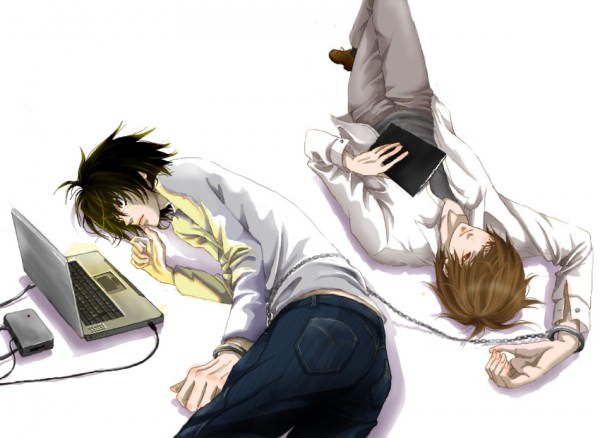 To wrap it, I just basically came to watch this for my love of L. Though the movie will definitely make you feel nostalgic and make you miss the previous characters, it will not be enough to satisfy your death note cravings. Gotta go watch KenMatsu’s L again. So that’s it for this sort of apology to L.

What do you think of this spin-off version of Death Note? Did you like it? Did you hate it? Come talk to me in the comments if you need to rant because I just did in this post.