For anime fans and manga readers like me, you’re probably already familiar with how the story goes. But for those who haven’t read the manga or watched the anime, well maybe you will get an idea of the plot if you had the chance to catch Netflix’s version of it.

And note that director Adam Wingard has said that “the Netflix movie is more about examining the themes of good versus evil, as opposed to directly adapting the source material.”

I was hesitant to watch it at first because I only heard negative reviews about it, but I decided to give Nat Wolff’s Light Turner the benefit of the doubt.

First off, Light here is just a normal kid in a typical high school setting where there are bullies, cheerleaders, geeks and of course the ever present ‘detentions’ where apparently you get to meet an ‘eight foot tall, demon-looking motherfucker.’ His words, not mine.

And of course there is a girl. There’s always a girl. The romance here is not the same as the unhealthy and controlling one with Misa and Light in the anime/manga. Here they were partners more or less, over a period of time.

“Do you think that I’m crazy?”
“If anything, I think you’re not crazy enough.”

That last line, I knew she would be a troublemaker. Add the fact that Ryuk likes her and that’s not a good thing people. Ryuk is a crazy death-god so that should tell you something. Speaking of Ryuk, his character is on point in this movie disregarding the special effects and whatnot. He’s not a pet and he’s not a friend.

Light here is not the heartless, unfeeling, cold-hearted villain he portrays in the anime. Or maybe not yet. Light’s character in the anime who is a model Japanese student got downgraded to a bullied high school student in the movie. He’s a normal high school kid, who cheats, gets bullied and was scared shitless of Ryuk at their first meeting (and I laughed the whole time watching that first encounter).

Then there’s Watari. Poor Watari. Here’s some words of wisdom from our favorite sidekick:

“Sleep is key to strong thought.”

On another note, after a certain butler-type person died, we got to see L’s meltdown. He was too deeply affected by the loss of Watari.

As someone who is already familiar with the original, you just cannot help but compare. The thing is, I liked the anime/manga because of the intellectual battles between Kira and L. It’s about logic, baits, strategies and brilliant moves on both sides. They try to outmaneuver each other with their wits and all that. But in the movie after the death of Watari, L just lost it. To be fair, it was considered within the parameters of a normal reaction in the movie-verse where you get emotional and want to seek revenge after the loss of someone. But I didn’t expect L’s character to be the one to do that.

And then there was the THAT loophole. It made no sense and personally I didn’t like it. In the source material, L eventually died because there was NO loophole and back then it was not okay because L died, but it signifies the character’s determination to catch Kira that he would take his own life through the note. The loophole pretty much poked that sore spot for me and that was the turning point in the movie and it goes downhill from there.

The romance was basically there to make me cringe, completely overtaking the Kira and L outmaneuvering-each-other scenes which is also close to nonexistent here. And I didn’t really get into L this time. He was just not my L. That was a downer since he was one of my favorite characters in the series.

Some of Kira and L’s interactions:

“Because I don’t do check, Light. Only checkmate.” – L

Well… there were no checks nor checkmates. It was just playing the detective at first and then running around with a gun. 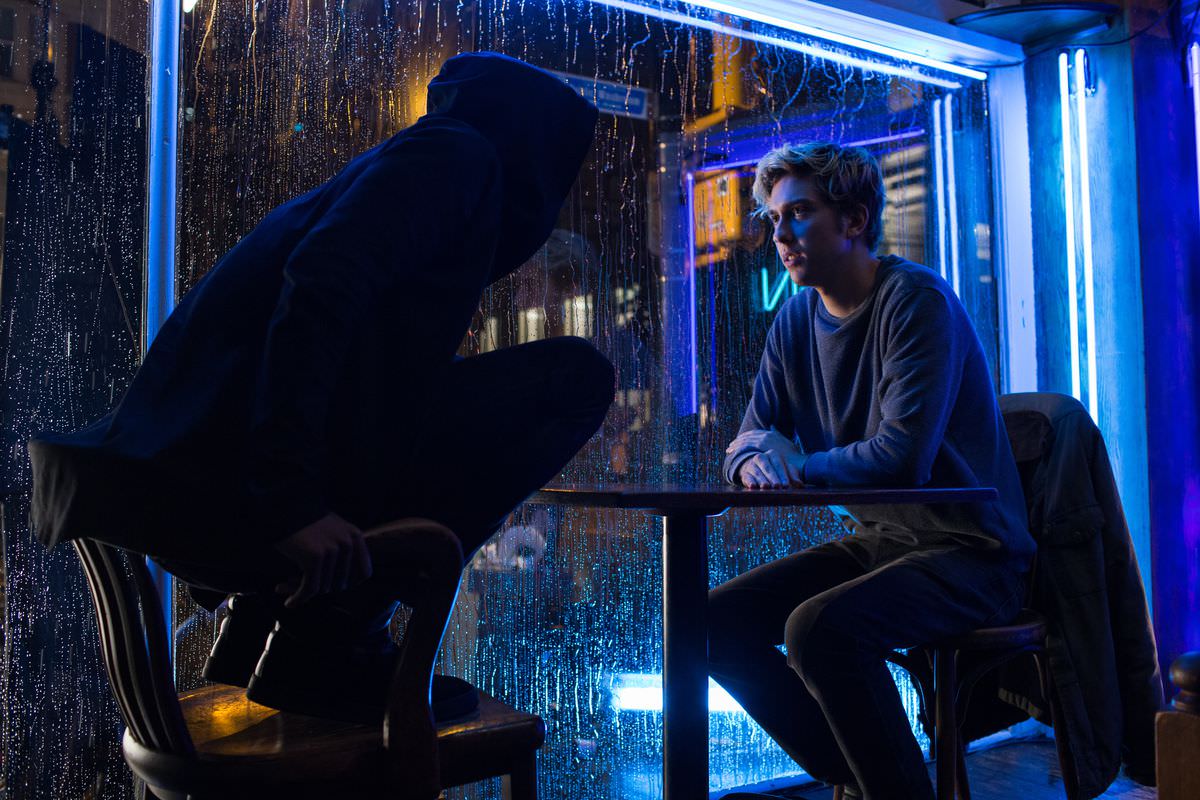 “You’re the one who flew into the sun. I’m just here to make sure you actually burn.” —L to Light

Netflix, what did you do to L. That was too cheesy even for him. (He prefers sweets.)

Yes, advertise the note why don’t you, Light:

“There are so many fucking rules.”

To sum it all up, Mia’s decision and actions forces Light to kill her. Light eventually turned into the calculating and brilliant mastermind that he is in the anime, manipulating the events at the end to save his own life, get rid of Mia, and carry on his work as Kira. While L, finally discovering evidence, poised to write on a page from a death note…

By the end of it I was a bit disappointed. As a fan of the original, this is just not enough. There is just something missing and too much of something there. It feels half-done.

Here The New York Times says it better, “The “Death Note” feels rushed and constricted. As a result, what should have been Light’s incremental surrender to godlike power becomes an instantaneous embrace, and what ought to have played out as an extended manhunt is resolved with embarrassing ease.”

Firstpost also wrote, “Butcher. That is what director Adam Wingard has managed to do to one of the smartest shows to ever hit our TV screens. He took the Death Note story, stripped away the best parts, added completely unnecessary scenes and served up something which is more plot hole than movie.”

If you have already watched it, what do you think? If you haven’t, well… I suggest you just watch the original.