“Displease the Winter King and we’ll none of us see another spring.”

After three long years of war, starkly handsome Wynter Atrialan will have his vengeance on Summerlea’s king by taking one of the man’s beautiful, beloved daughters as his bride. But though peace is finally at hand, Wynter’s battle with the Ice Heart, the dread power he embraced to avenge his brother’s death, rages on. 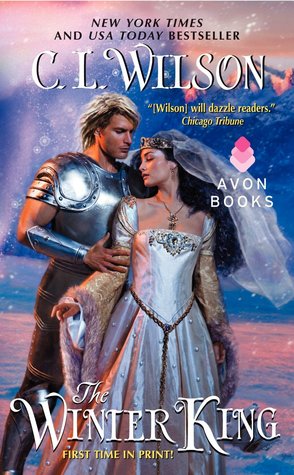 Khamsin Coruscate, Princess of Summerlea and summoner of Storms, has spent her life exiled to the shadows of her father’s palace. Reviled by her father, marriage to Wintercraig’s icy king was supposed to be a terrible punishment, but instead offers Kham her first taste of freedom—and her first taste of overwhelming passion.

As fierce, indomitable Wynter weathers even Khamsin’s wildest storms, surprising her with a tenderness she never expected, Kham wants more than Wynter’s passion—she yearns for his love. But the power of the Ice Heart is growing, dangerous forces are gathering, and a devastating betrayal puts Khamsin and Wynter to the ultimate test.

If I had not read The Sea King first especially as a buddy read — aware that I was enjoying the story with another at the same time — I would not have paid so much attention to the detailed world not only of the Calbernans in the book but the world of the weathermages in Mystral. I would have missed the detailed and intricate world-building in Wilson’s books.

As I was reading through it occurred to me how I would very much like to see this world come to life. Like the epic tale Lord of The Rings and the bloody and fantastic world of Game of Thrones, I thought this book could also be given an adaptation worthy of its fantastic world. I got into reading this with the intention of just familiarizing myself with the book much like my experience with The Sea King but as I was already acquainted with the author’s writing I breezed through this massive story and found myself helplessly drawn into Mystral once again. 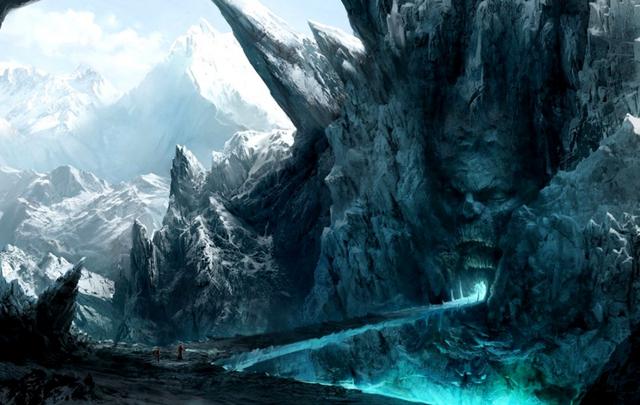 Make no mistake that this is a book intended for mature audiences especially with the scenes between husband and wife, but it wasn’t just that. It was their journey towards each other amidst court niceties, betrayals, manipulations, and magic.

“He was the Winter King, her enemy, a man feared for his killing coldness, yet when he’d touched her, she had not frozen. She’d burned.”

“She was a daughter of the Sun, capable of warmth, but just as capable of fire and lethal volatility.”

“If he’d learned one thing about his wife, he’d learned that Absence of Khamsin held a far greater potential for disaster than Khamsin Constantly Underfoot.”

Wilson has a way of writing a story that makes you empathize with the characters, especially in Storm’s case. The unloved daughter and a powerful weathermage. She’s been through so much and yet she still remained headstrong, fierce and lethal in her own right. She’s my perfect badass queen.

Ironically, with all that detailed world-building employed by the writer, they didn’t dwell too much on describing every perfect little detail regarding our main characters. The writing focused more on their explosive personalities, their story, and even their flaws and that’s what made them all the more relatable or if not, approachable. Anyway, all I can really remember is the detail about Storm’s hair, with streaks of white in her otherwise ebony hair.

“Behind your enemy’s smile lies treachery. Show him that behind yours lies steel. Fail to do so, and you only make him bolder.”

The Winter King was reminiscent of many things like King Arthur and his legendary sword, the Frost King from Game of Thrones, and many more epic tales infused to make a story that is compelling, wonderfully written and descriptive that I have no choice but to appreciate it thoroughly.

Finally, I love how the story progressed. It manages to get a hold of you and keep you engaged with cunning plots, sword quest, epic battles, and of course just general awesomeness when it comes to the main characters. The characters are well fleshed out considering the sheer number of pages this book has and how it still managed to highlight several things other than the romance. Like myths and legends and glorious tales and heroism.

Thanks for reading this short review!

7 thoughts on “The Winter King by C.L. Wilson: Wynter Has Come”