Writing this, I realized I have never been so scared. Scared to give it a name and give it power. Scared to be right and not knowing what to do and at the same time scared to be wrong and feel utterly without worth.

I have never been one to share my problems when it’s currently unresolved or share my negative thoughts until I get a better handle on them. But this one, it feels like I have no choice. I don’t know any other way. I needed to do something and writing seems like a good way to confess.

There is no why for it. It just is.

Sleep has become my worst enemy and greatest friend. My dearest earphones became my constant ‘do not disturb’ sign until my ears are practically bleeding from overuse. Reading that has been my joy became my crutch and thought numbing drug. When I figured I never wanted my thoughts in my head and I couldn’t sleep to escape, I put stories and thoughts of others in there and read to exhaustion. No wonder my goodreads reading challenge is twice the number of the initial goal as of now. I read whatever I got my hands on and reading also meant I didn’t need to get out of bed.

Food became guilt and I never wanted it in my body. I hated my body. I never realized I was hungry until I was dizzy with it and eventually I stopped feeling that too or maybe I just got used to it. I ate one meal a day and usually that was at night when I’m awake. I felt so guilty eating because I felt I didn’t deserve it because I wasn’t doing anything. I felt so worthless that I took it out on my body. The irony was that I never lost weight and I even thought I was gaining, and that just made me hate myself even more.

My body clock shifted because I hated seeing myself in the light. I was awake at odd hours when there were barely any people around and it was such relief from forced interactions, but at the same time I was lonely. How contradicting, I know, but I couldn’t stop myself from feeling that way. It was painful for me to realize that it was my fault no one ever reaches out to me anymore because I make it a point to avoid them and their messages. 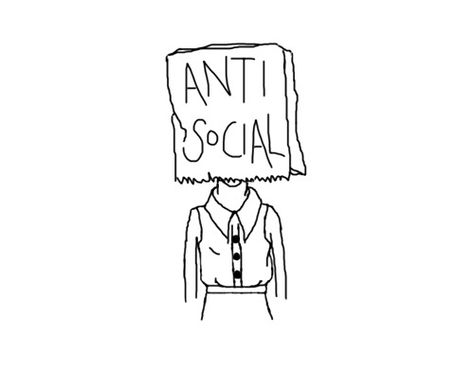 When I had trouble sleeping, I read books, gorged myself on tv series and music but nothing helped. When I was finally able to sleep I never wanted to get out of bed. I felt like a zombie just going through the motions but never really caring for myself. Just thinking about going out and actually doing something made me feel so exhausted and hopeless. I know I wanted to get better but I don’t exactly know what to do. I know I needed to do something, anything to get myself out of this hole but thinking of something and putting it in action seems like an insurmountable step and I just couldn’t.

I tried once. I told my parents in the first half of this year that I wasn’t sleeping. And even when I slept I wasn’t rested. I told them I couldn’t concentrate on my review for the exam I was supposed to be taking and that I didn’t know what to do. I went home and tried to be the old me again. I thought it worked. I thought that it was because I had cold feet and nervousness for my exam and I felt terrible and ashamed. I even stopped blogging because I thought it would help me focus. I now know it was the wrong move because it left me without an outlet these past few months.

I felt so horribly drained. Physically, mentally and emotionally. This second half of the year didn’t get better and I was back to that hole. I tried to talk myself into climbing out but I didn’t see the point because I knew somehow I would just fall again.

I hinted but didn’t try as hard to tell my parents I couldn’t do it again this time, because they have always been supportive of me and my decisions that I felt so guilty and I felt like I was just being lazy and a disappointment if I couldn’t take the exam. I tried to do it alone. I gave myself every opportunity to be better, planning it out and convincing myself. It felt like I was convincing myself and planning my steps majority of the time but when it was time to take action, I just couldn’t. I remember one time I actually came close to doing something and I felt like I was holding my breath and holding and holding it and hoping I would pass out just so I won’t have to do it. In my mind I couldn’t breathe and my chest hurt but I never passed out. No such luck.

“It’s like being scared and tired at the same time. It’s the fear of failure, but no urge to be productive. It’s wanting friends, but hate socializing. It’s wanting to be alone, but not wanting to be lonely. It’s feeling everything at once then feeling paralyzingly numb.”

Tiredness is a permanent state now. Exhausted and frustrated doesn’t even cover the feelings I have for myself. Ashamed that I’m still standing on the same spot while others are moving on with their lives.

I have always been self conscious but it’s painfully evident now at least in my mind. I couldn’t even imagine telling my parents all of this because I am so afraid they won’t believe it. That they’ll say it’s just procrastination, laziness and self doubt, and that I can do it if I try hard enough. Their positivity and belief just makes it all the more painful. I couldn’t even tell them how hard it is to get out of bed now that I am finally sleeping. I sleep and sleep and sleep and it’s not any better. I woke up wanting to sleep again.

I never wanted a label. Never felt the need to give it a name. Afraid that I am right, afraid that I’m wrong. I don’t want it hurled back to my face with them saying I was just using it as an excuse for everything. I never wanted it. I didn’t even realize it. Or maybe I kept denying and hoping at the back of my mind it wasn’t true. They’ll say it’s more common than you think but the knowledge doesn’t make it any less hard to bear.

I didn’t even consider writing this until I was writing it now. I wanted to scream it out but for now writing makes it better. Cathartic.

I cried today. I talked to that one friend who has been with me even when I was hiding and being the hermit that I was. In hindsight, her presence nearby was a relief. Morbidly enough, I thought if I didn’t show up for a few days she’ll be knocking on my door wondering if I’m still alive. She kept me grounded and sane in a way. It was partly her fault that I’m writing all of this because she was encouraging me to get back to blogging.

“It exist without you knowing it, even denying it. It is not an illusion. You don’t even know you’re in it. It takes awhile before you realize it.”

I am eating more now but I still feel guilty. I hit hard pause on the book overdose and just rereading bits and pieces now.. I’m still in that hole. I am still trying. Maybe that’s all I can do right now. Keep trying.

20 thoughts on “Nothing To Do, Nowhere To Be But Not Exactly Free…”