This is a story of a young lady and her chauffeur and the strengthening of the bond they’ve forged since childhood.

It was the Taisho era at a certain girl’s school. There one young lady embodies the ambition and is the envy of every girl. The crimson ribbon adorning her marks her as the top student. She is none other than Yoshimura Sayaka. Always at her side is the chauffeur her family employs, Narutaki Shinobu.

The story centered around the life of Yoshimura Sayaka who is part of the upper-class society and his loyal butler Narutaki Shinobu. The two grew up together and have been in each other’s company most of the time which naturally resulted for the two to be so close. But as their society would dictate, it’s not the norm for a servant to be so close and familiar with his master though this has never bothered the two especially Sayaka who doesn’t care much for the social barriers. Nonetheless, they were still separated by that seemingly insurmountable wall as signified by Narutaki’s gloves, because a butler must never touch his master with his bare hands.

“Society won’t even permit me to even causally touch him, and the one who will always be blamed is Narutaki.”

The story even with just two volumes to progress were captivating under the shoujo allure it offered. I always had a soft spot for stories set in the historical period and this one in its Taisho era setting is a treat. I really like the drawing overall but especially of Sayaka in her kimono and her usual traditional attire, her long hair with the crimson ribbon signifying her status in the all-girls school, and those boots! She’s definitely girl crush material not only for her beauty but with her 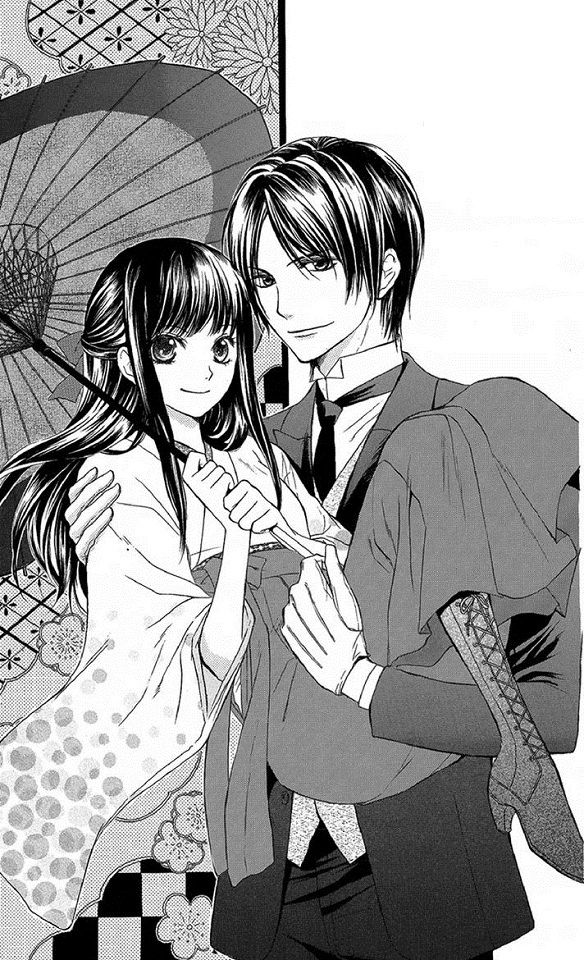 classy attitude as well. This heroine will not be bullied by other girls but makes them fall in love with her instead. And that’s also another thing I liked, the female friendship in this manga. The tsundere attitude of Lady Miki was a refreshing touch in the story. She almost seemed like the rival for Narutaki when it comes to her adoration for Sayaka.

This shojou story reminded me of Akatsuki ni Yona in a way that there is a strong female character (Sayaka) with her own vulnerabilities physically or mentally and overcame them with the help of her loyal servant and friend. Narutaki reminds me of loyal Hak who has accepted his fate of a one-sided love for his master and who is always there for Sayaka whenever she’s in a pinch. It’s also reminiscent of one of my favorite manga due to Sayaka’s obliviousness at first, or later on her refusal to see it as more than a butler and his lady relationship and definitely not of the sibling type of relationship.

They would always try to protect each other but Sayaka even more so towards Shinobu because the servant will always be the one to blame. Shinobu, on the other hand, was the steady presence the lady would always rely on when she slips and stumbles in the literal sense or otherwise. 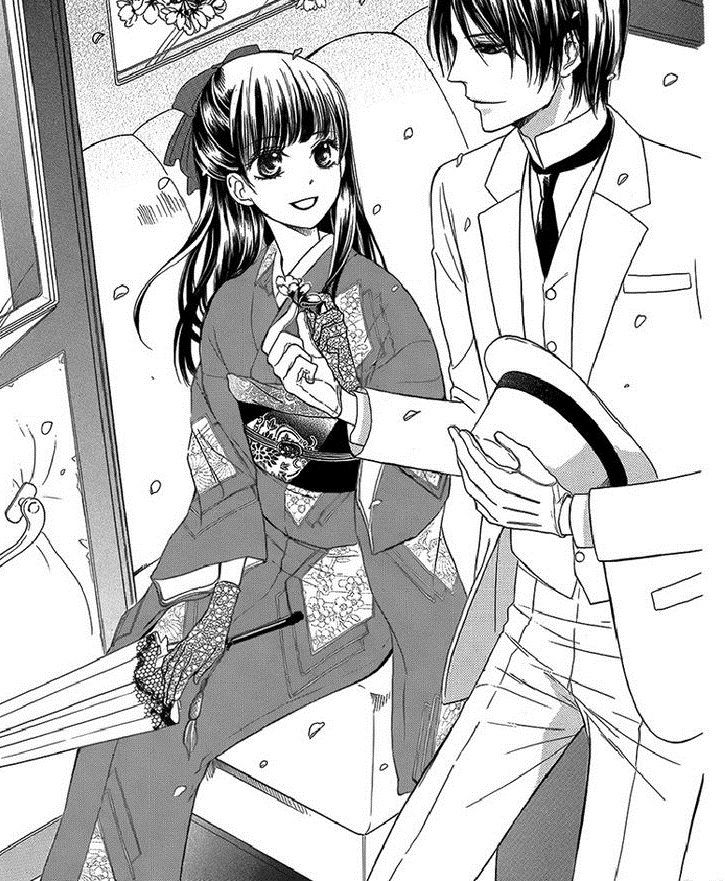 The dynamics between master and servant were shown well. Though Sayaka and Shinobu’s relationship as master and servant would not be the typical example of one because theirs is something more, we were still made to understand the hierarchy. An example is when Sayaka would be the one to punish her own servant and how it would reflect towards the master when a servant does something. Such is the ways and beliefs during that era. I felt for the characters and the unfairness of each situation they would be in, especially when it should not have been wrong to do what they did — like butler interfering because someone was about to hit Sayaka (duh).

I’d like to think that it’s different now in the real world but in reality, it’s really not much better. There is still discrimination between the rich and the poor, races, religious beliefs and more but maybe not as severe as it was in the past. You really can’t say that time heals all wounds because it’s not the mere passage of time that will improve a situation but a person’s willingness to be subjected to that change.

“Without barriers, the touch of your hands was undeniably exquisite.”

(I squealed at this part in chapter 8. Oh how this manga loves to tease!) 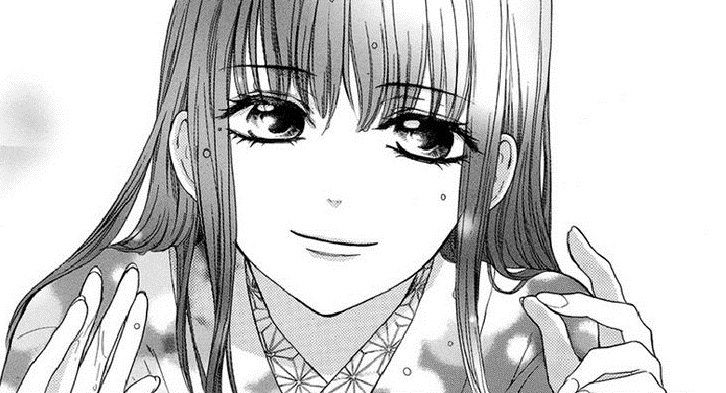 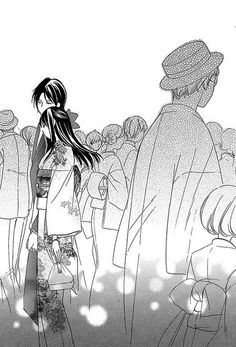 Overall, this story is one I have read or seen before in different forms and settings but it gave me a tug in heartstrings just the same. The story of a forbidden love surely stirred my maiden heart that I had to share my review. Really loved reading this one even though it’s a bit short and that twist at the end was inspired. The irony of it all because history really does love to repeat itself.

My favorite chapter? Of course, it’s the happy shoujo ending, the epilogue part to be specific. It’s perfect!

“Are you ready to walk the thorny part with me?”
“Wherever we go, we’ll go together.”