“This is the story of me, who loved you more than myself.” 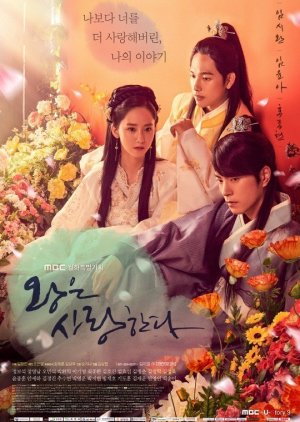 Won (Siwan) is a crown prince of Goryeo. He has a pretty appearance, but he also has a lust for conquest. He is best friends with Wang Rin (Hong Jong-Hyun) who comes from a royal family and is his bodyguard. Beautiful Eun San (Yoona) appears in front of the two young men. She is the daughter of the richest man. The three become good friends, but things change after Wang Won and Wang Rin both fall in love with Eun San.

What got me started on this drama was due to the fact that the three main leads were familiar faces to me. Yoona who is a member of Girls Generation and had already starred in several dramas and one of which is K2 (opposite to Ji Chang Wook) which I really enjoyed watching. Siwan, who I knew to be a member of ZE:A, and whom I first saw as an actor in Moon Embracing the Sun – shame he only appeared there for a while. Lastly, Hong Jonghyun who was in the virtual marriage show (We Got Married) with Girl’s Day Yura.

I thought I had this drama figured out from the first episode. It was the usual situation when it involved a royalty in a historical drama. He dones a disguise and wanders off the palace accompanied by his best friend and they go exploring the world of commoners together. It turns out it was too early to judge.

The prince, the best friend, and the lady in disguise

Won is the only son of the King of Goryeo and the Princess of Yuan who is the daughter of the great Kublai Khan. Now, I have no idea if this is actually based on actual facts or it is in the history books, but he is a prince of mixed blood. He was not as well-loved as a royalty normally would be by his people because of the prejudice against him – being the grandson of the feared and renowned Kublai Khan. They feared that he may very well be a wolf in sheep’s clothing ready to unleash cruelty upon them. This is the root of all that he is going through at the start when he seeks out the advice of someone, which eventually led him to the woman he would fall in love with. With Rin, his friend and loyal subject, they journey to the mountains together and met San who was then pretending to be someone else for her safety.

What I loved about this drama?

The bromance. The friendship between Won and Rin was a beautiful thing to witness and is arguably one of the best parts of this drama. It was a friendship born from Rin’s kindness and loyalty to his Prince and the curiosity of the said Prince – since he had never ventured out of the palace, and it was Rin who showed the world to him. They would always have each other’s backs and would be in each other’s confidence. Even though it can be clearly seen in most episodes that they are not in equal footing due to their ranks, and the way Rin would always defer to Crown Prince Won, there are moments when they would just be boys having fun and not the stuffy titles they wore.

But their friendship is so much more than that. It’s an anchor of sorts to both of them. It is intense, reliant, and loyalty would be at its core. Won being the crown prince cannot trust anyone easily but he trusts Rin with his life, and in turn, his friend gave him his unwavering devotion and loyalty. And I cannot say all of those things if it weren’t for the performance of the actors – Im Siwan and Hong Jonghyun – who gave life to the friendship between the two in such a heartwarming way.

When Lady San came into the picture it was another kind of friendship born. But it was obvious that this would become a love triangle so let’s get on with it already..

The love triangle. Surprisingly, this was also one of the things I liked. The drama did well in portraying the growing attraction between the three. It was extremely hard and next to impossible to choose a side. Every episode we see the two men falling for San more and loving her in their own way. Of course, if I were in San’s shoes I wouldn’t know what to think and who to choose either – so basically we have no clue as to what she truly feels most of the time. But there were just enough hints to keep each pair going. The chemistry between the three actors was already there but it became more apparent as several conflicts arise which tested their loyalty and friendship.

The characters and their actors

Im Siwan was brilliant. An actor who wore his character’s skin perfectly. Won as a character is incredibly complex – he is considered to be one of the smartest prince in Goryeo (who only played the fool in front of his father King who is threatened by him), but there are times that he seemed almost childlike in his selfishness and the need to possess what he wants. But whatever emotion the Prince would be in, Siwan delivered it all so naturally with his performance. From his adorable and charming side to his ruthless and cold demeanor, jealousy, guilt, suspicion, rage, and even the grief he felt at one point. I was swept away by his compelling performance that I felt his emotions bleed through the screen and truly gave life to the role. Won is an overwhelming character who met an actor who gave justice to his emotions.

Appreciation part for the striking visuals of our Crown Prince: 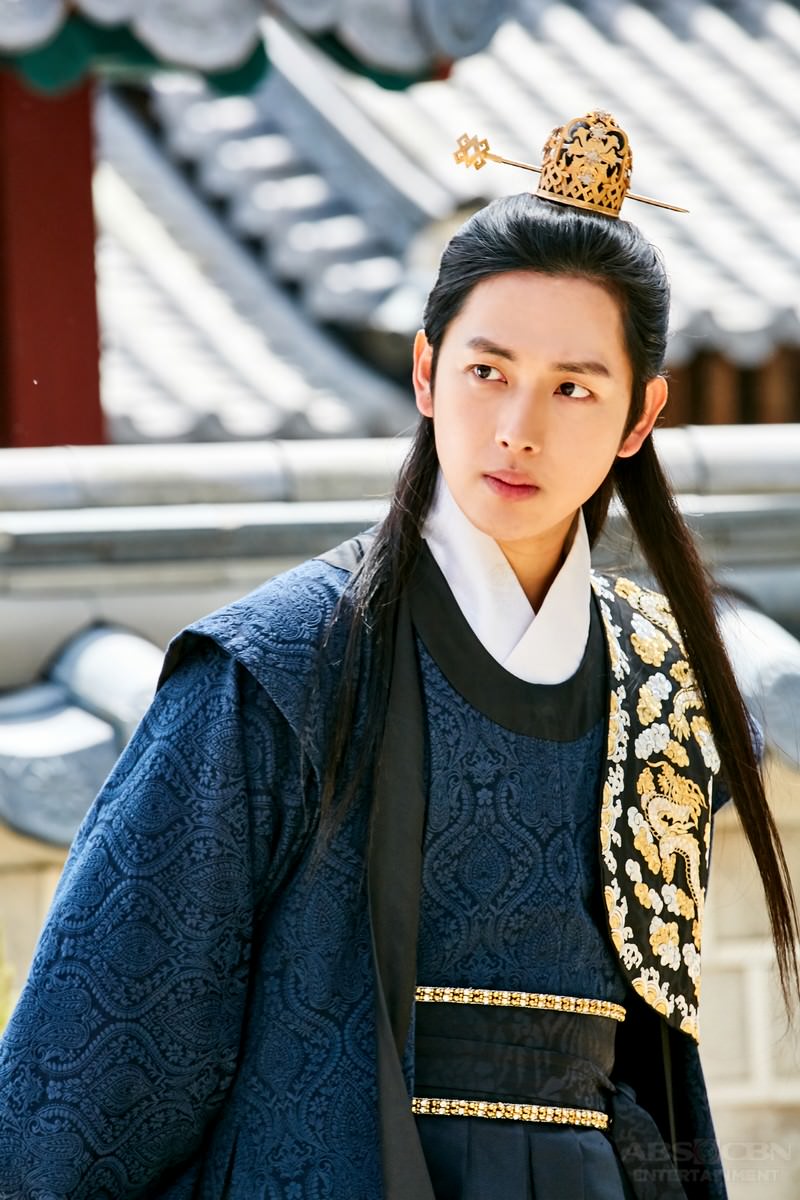 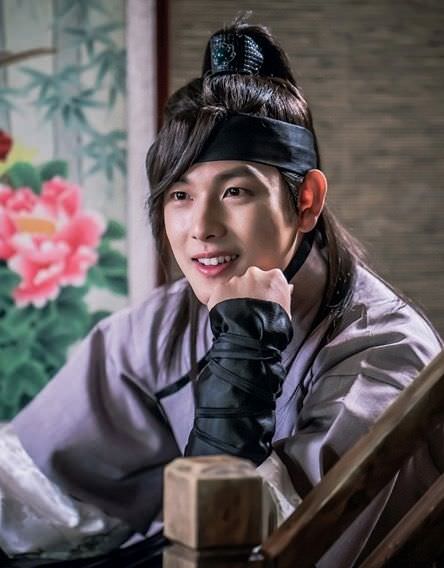 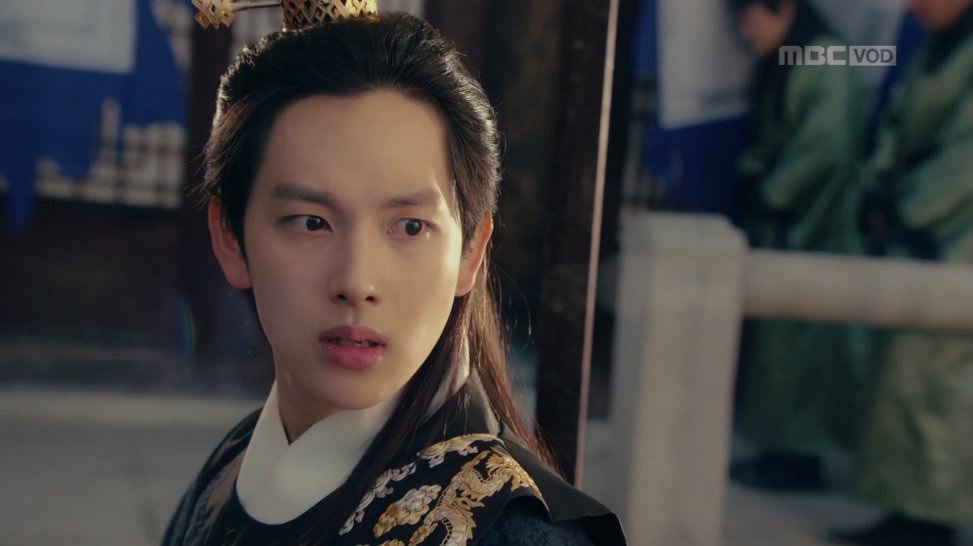 Jonghyun’s Rin, on the other hand, was the calm to Won’s fiery personality. He’s stoic in appearance, gentle, kind, observant, with skills on par with the prince, and with the image of a protector to both Won and San. And Yoona who plays San was very much suited to play the bright, fearless and brave lady who hides away her fear and sadness.

Though I love the chemistry between the three and I adore the understated beauty of the character that is Rin, I cannot find the same pull as I felt when I was watching Siwan’s Won when it came to the performance of Jonghyun and Yoona. They were okay on their own, but the moments that truly shined were their interactions with the Crown Prince no matter the mood of the scene.

Story-wise it was all politics, manipulations, behind the curtain meetings, poisonings and whatnot. It was all very boring except for when I felt utter annoyance at the character that is the King. The only redeeming quality I found was his interesting love-hate relationship with his Queen Wonsung. The complicated feelings between the two were one of the main plot drivers that led to some of the most intense and impactful scenes in the drama especially involving their son, Crown Prince Won. The queen was also one of the characters that grew on me. She was a strong woman who does everything to protect her son, and in the end, even I felt sadness for her who only wanted love.

I’d also like to mention Jang Eui & Jin Gwan whom I have genuinely grown fond of over the 40-episode stretch. They may not appear as much but they steal the scene every time they do. The loyal bodyguards who provided much fun and hilarity in the first few episodes evolved into images of loyalty and strength when protecting their charge, Won.

All in all, amidst the political schemes, tortures and fight scenes, it was the beautiful friendship between the main characters that shined through. It was shown what it means to care about someone, even more so than you care for yourself, and the selflessness that is born of that bond. Each of the characters by the end has some sort of realization and growth, but the most visible was of the now-King Won’s.

The only major dissatisfaction I felt for this drama was the ending. It was heartbreaking, to say the least, and I was left confused as to why they had to end it that way. Not because of the romantic aspect of this drama and the ultimate choice between the two men vying for San. But it was their bond with each other, which was emphasized so much all throughout the series, only to be cleaved apart in the end. Maybe they did it to show off the growth of the King and how he learned to let go of controlling his friends. But it was too heartbreaking and bittersweet the way they concluded this story. Each of them gave up something in the end, but it was Won who I felt was left with almost nothing.

From the beginning it was narrated by Won:

“This is the story of me, who loved you more than myself.”

This is not the story of a prince’s thirst for the throne, or a king ruling his nation, but of a man who found love and learned to love more than himself. He started out as somewhat of a selfish character, taking some things for granted and feeling entitled to things he coveted. But in the end, the love he gave and received from two of the most important people in his life taught him to look towards them and not just to himself.

The King in Love is about three people, their friendship, and the sacrifices they made for each other. This story would have been a forgettable one amidst the saeguk dramas if not for the performances of the actors. I watched this one because of the main actors and I was rewarded by their performance in this drama. I guess I’m glad I watched this after all. I’m just going to pretend that last episode did not exist.

17 thoughts on “The King in Love: A Three-Way Chemistry Was All I Needed”