It’s February the 13th! That a day before Valentine’s day? 11 days before my birthday? All those and it’s also a Tuesday! So that also means:

Top 5 Tuesday is a weekly meme by Shanah at the Bionic Book Worm. If you are interested in participating just head over to her site and welcome to Tuesday parties! Here is the list of Topics in February.

This Tuesday’s topic is about ships. As in relation’ships’ and not the actual ships. I was really excited to do this because it gives me another excuse to look for fantastic fanarts and of course hoard quotes.

Beware! This post may contain several quotes, beautiful fanarts, and spoilers for you lot who haven’t read Throne of Glass series and A Court of Thorns and Roses series by Sarah J. Maas. I daresay that the first books in both of her series do lead you on then drops the bomb halfway through, so you could reeaaaally be spoiled just by looking at this list.

Characters from The Infernal Devices series by Cassandra Clare are also here which I admit is a given since they are beloved and truly worthy of my top ‘ships’. The Mortal Instruments series is also included.

So if you haven’t read the books yet, turn back now.

No? Are you absolutely sure?

Let’s appreciate these lovely couples together then: 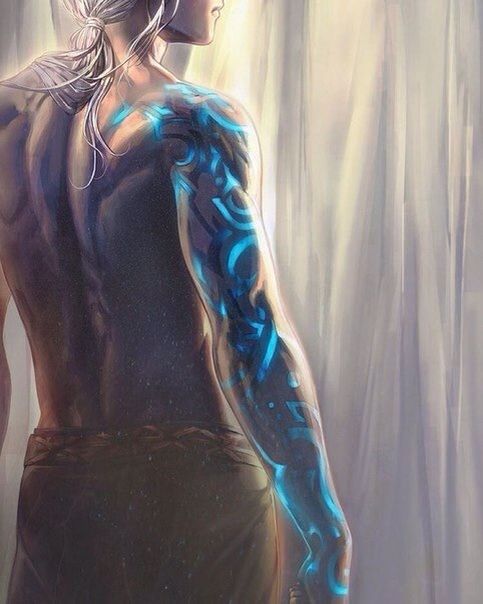 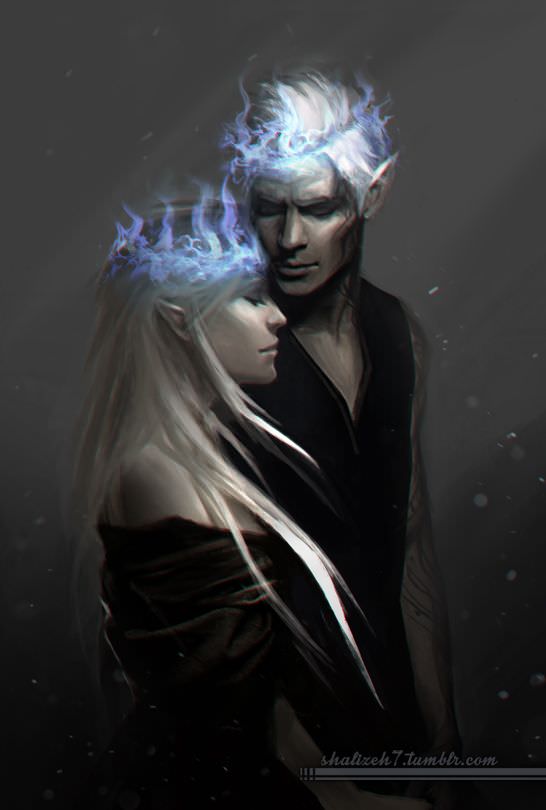 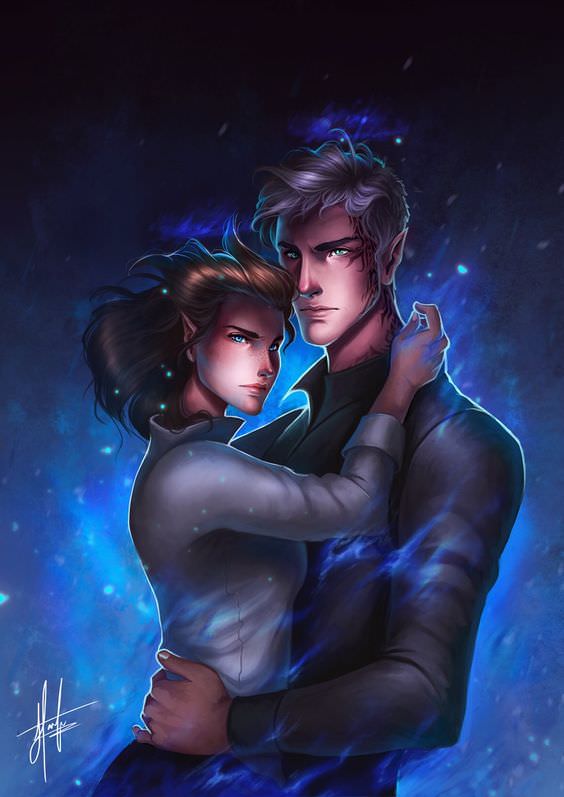 These two are just perfect for each other. They balance each other out -ice and fire!- and draws strength from their bond. What I also like about them is how they started out as enemies (or more like punching bag to each other) to becoming allies, to friendship and then to them eventually discovering what they mean to each other beyond their loyalty and carranam bond. Heir of Fire was my second favorite book in the Throne of Glass series (after Empire of Storms) and that is because it’s where the two first met. They were both broken and in the midst of their own rage and hate that it was raw and brutal at first, but they eventually made it out of the darkness together.

Rhysand and Feyre (High Lord and Lady of The Night Court)

“And I wondered if love was too weak a word for what he felt, what he’d done for me. For what I felt for him.”
― Sarah J. Maas, A Court of Mist and Fury 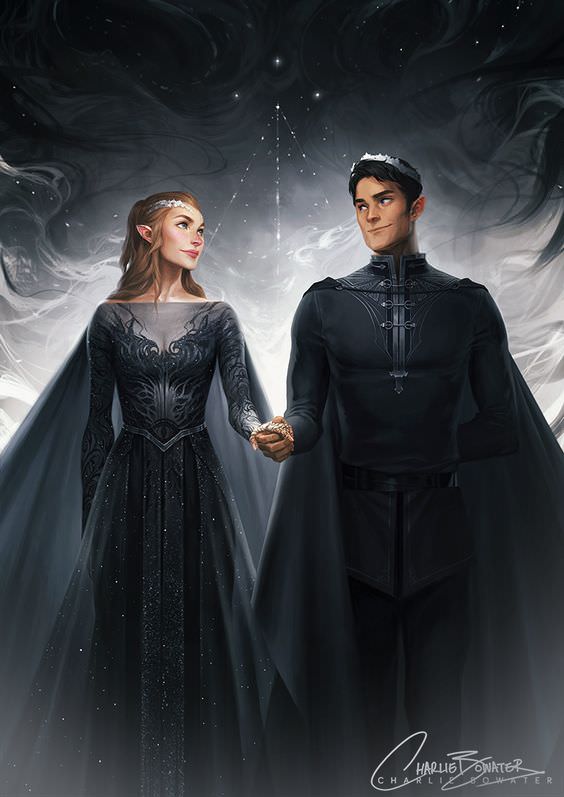 The first book of A Court of Thorns and Roses in my opinion is a shadow of the second one. The second one, A Court of Mist and Fury, was where it truly began. Where Feyre and Rhys truly began. The dynamics of Feysand’s relationship was pretty much similar to Aelin and Rowan’s antagonistic beginning and then later on the acceptance of what they are to each other. Even though Sarah J. Maas copied some elements from TOG to ACOTAR or vice versa, I could say that each couple has their distinct charm and bickering moments that made them appealing to readers. Aelin and Rowan’s brand of intensity to Feyre and Rhysand’s teasing sensuality.

“So I’m your first ever Shadowhunter, huh?” Alec said.
“You’re my first so many things, Alec Lightwood.”
― Cassandra Clare, City of Heavenly Fire 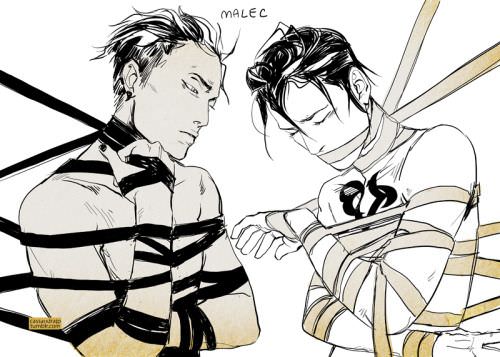 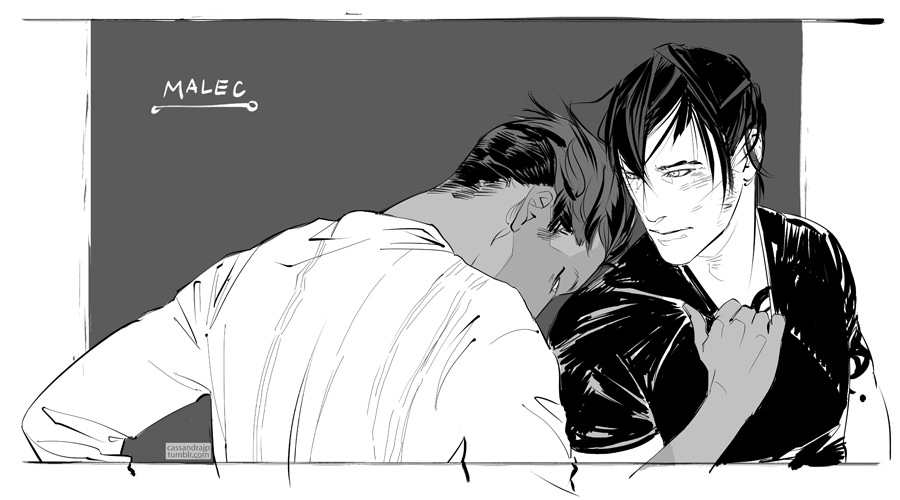 The Mortal Instruments was the epic adventure of one Clary Fray and her romantic relationship with Jace in the world of angels, demons, shadowhunters, fae and gorgeous warlocks. But the scene stealer for me was these two. Alec and Magnus are two people as different as they could be when put side by side. One immortal and the other just starting out his adult life in the world of Shadowhunters. Not to mention Magnus’ outrageous fashion and personality to match, in comparison to Alec’s simple and honest approach towards everything. But these two work. They complement each other well and probably one of the most stable relationships after the events of The Mortal Instruments (which tested their relationship as well as their resolve to be together). I mean they have a son now. How stable can you get. 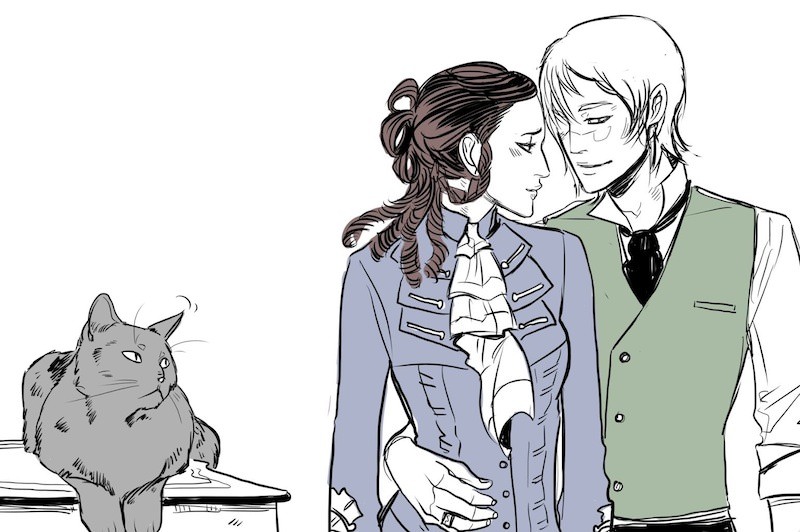 It took me a while to warm up to this ship. I was probably on my third reread of the first two books of The Infernal Devices Trilogy and then headed off to the last book when I finally accepted that they were a well matched couple. It was not because I don’t like them together, but because back then I thought that there was no way for them to be together. Like at all. It would just end up in heartbreak and I could not bear that. But some ships are worth getting in to even with the possibility of not working out.

Will Herondale and Tessa Gray

“Be brave,” she said. “It’s not a duck, is it?”
― Cassandra Clare, Clockwork Princess 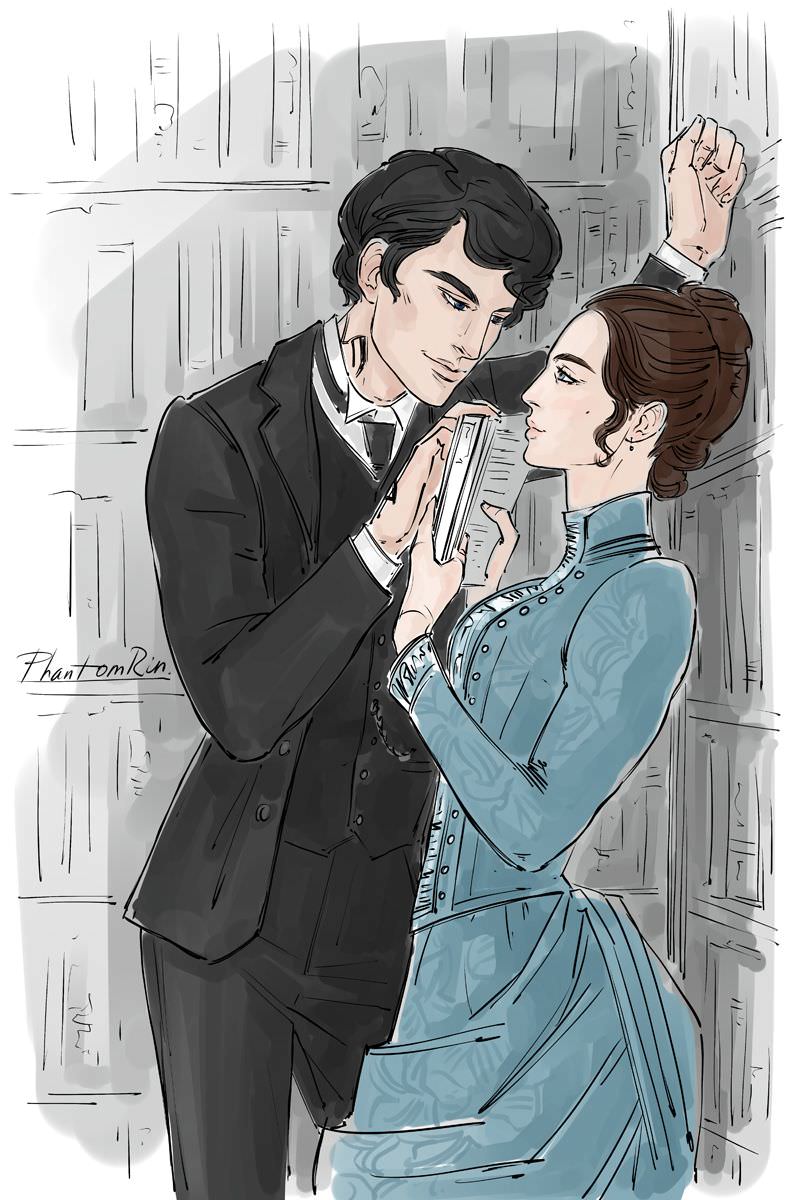 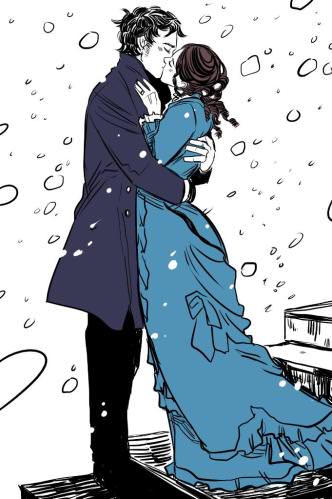 Oh, ducks. My heart hurts thinking of these two. As much as I loved reading about tortured male heroes and them pining for their love, Will took the cake for being on top. These two together was my ideal couple. Both loved books and turned to them for solace and enjoyment. Even while in the midst of a rescue they have time to quote some books to each other. Talk about relationship goals. Tessa was the calm to Will’s storm while Will… he was her book male hero come to life.

The ship that ruined all ships. This is my main ship.

“Most people are lucky to have even one great love in their life. You have found two.”

So that’s it for my Top 5 Tuesday! What’s yours?