“If you carry your childhood with you, you never become older.”
― Abraham Sutzkever

With a comeback like this, who wouldn’t feel the hit of nostalgia from your earlier years when you were just getting started with all things anime. To say that this was the first would not be accurate since I have no clear memory of the first anime I truly properly watched. But this was one of the memorable ones.

It would probably seem repetitive (just chizu-sumptions) since most of you who already watched and reviewed the first few episodes of the series might have said similar things. I mean I’m sure I’m not the only one who claims this was part of my childhood and having nostalgic feels right now. But good things should not only come once or twice right? (Yepp). So, the magical girl outfits, the sibling banter, the anticipation of new cards, dream premonitions and magical creatures were things I never though I would miss watching but it seemed somewhat the case when I started watching Clear Card. It’s like you never knew you missed it until it’s right in front of you again.  Don’t mind me I’m just having war flashbacks of every Tomoyo-made Sakura costume I can remember, that is if I actually remembered some.

The first episode is truly full of Sakura. And I don’t just mean with regards to our finally middle school student heroine but I’m also referring to the flowers. Really, they went all out with the flower frames and motifs giving it a soft and girly vibe all throughout. This could also be taken as a symbolism signaling rebirth or a fresh start for our characters. In Sakura’s case it means the appearance of a new magic staff, new dreams, new cards, and most importantly (for Tomoyo) new costumes!

Of course the most anticipated scene in the first episode would be the reunion between Sakura and Syaoran. And honestly, it still feels weird to be labeling Syaoran as her ‘boyfriend’. Let’s just stick to crushmates for a while little puppies. They’re so cute and adorable together even Tomoyo couldn’t help but film them (as her M.O.).

Kero is still playing the ‘I’m a plushie’ game with Toya, and still being the glutton that he is which is refreshing to see. Yue on the other hand is still his gorgeous self. I remember having a crush on this character when he first appeared and I think I’m still not over it (Sorry, Yuki). With the improved visuals and animation, Yue seem more graceful in here than his original self and colder too (in appearance). 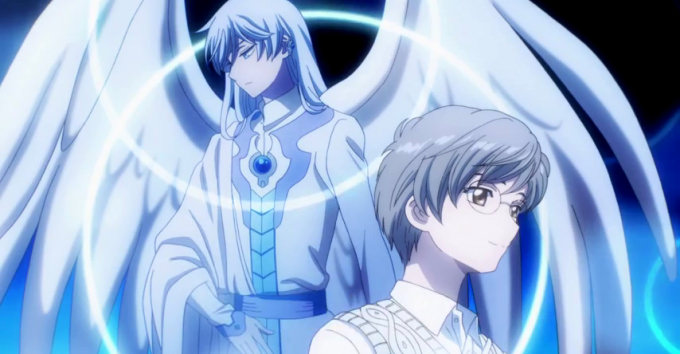 After the reintroduction of the recurring characters, from Toya to Chiharu and even Eriol outside the country, the scene shifts to the main problem for Sakura which is the appearance of the Clear Cards. Sakura’s dream premonition starring a hooded figure and the appearance of the new key signals the start of her new adventures as Cardcaptor Sakura. She discovers that the cards she originally captured and sealed in Cardcaptor Sakura have turned clear and lost all its power. While she meets new cards that she seals (secure) and turns into a new type of card with its clear appearance.

I already watched four episodes which means four cards already captured.. oh wait I forgot the running trees so five (I stand corrected). As each episode shows the every day life of Sakura as a student and getting attacked by the cards at home or in school, there is a vibe that Syaoran is hiding something from her or knows something about what is happening. Eriol is also in on this since he keeps in contact with Syaoran while not replying to Sakura. There is also the appearance of a new girl in school which of course makes her a suspect if she is the hooded figure from the dream. According to Sakura the hooded figure seemed to be almost the same height as her. The new girl Shinomoto Akiho and Sakura already became friends and even mentioned how similar they are (their last names).

Also, I have a theory regarding the hooded figure but it’s still just a guess for now. It’s because Yuki remarked on how he would like to meet his other self that gave me this idea, and also because of the sakura counterpart in Tsubasa Chronicles. What if… just what if! 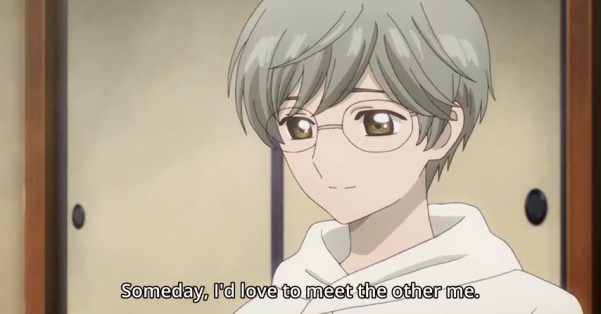 The episodes also showed the typical Tomoyo we know, with her love for Sakura, her video mania and her costume making skills. Maybe it is because of the animation or her lines but Tomoyo-chan seems much cuter this time. I really love hearing her soft voice and wise words especially when she talks about Sakura and her support system to Syaoran during their first team meeting (include yourself too Tomo-chan!). 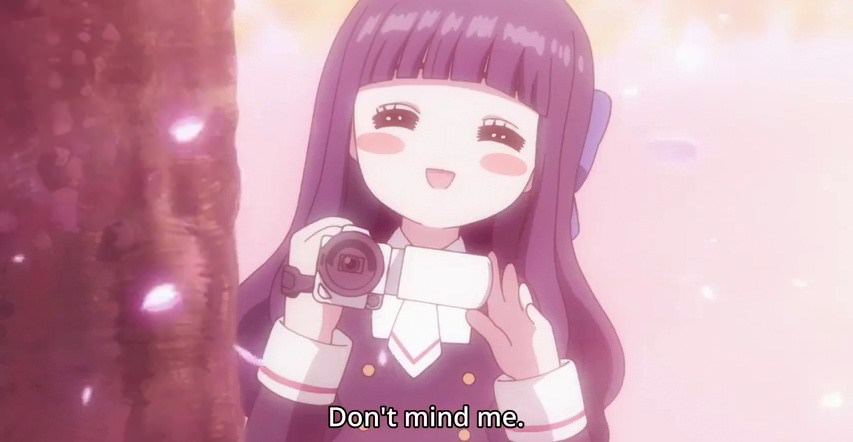 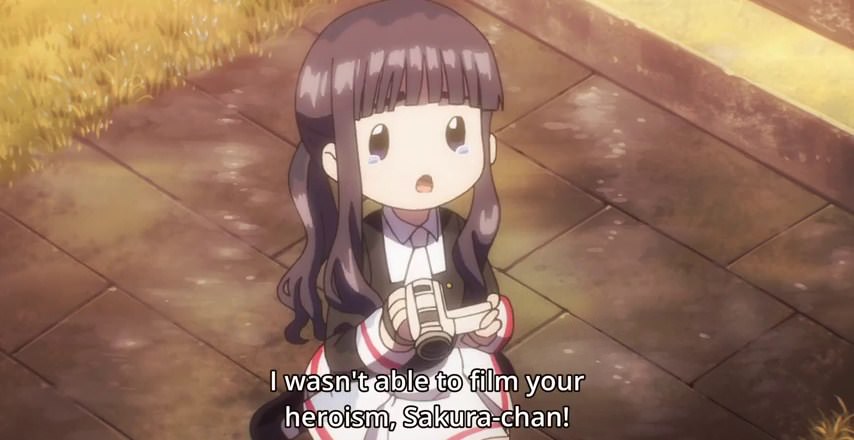 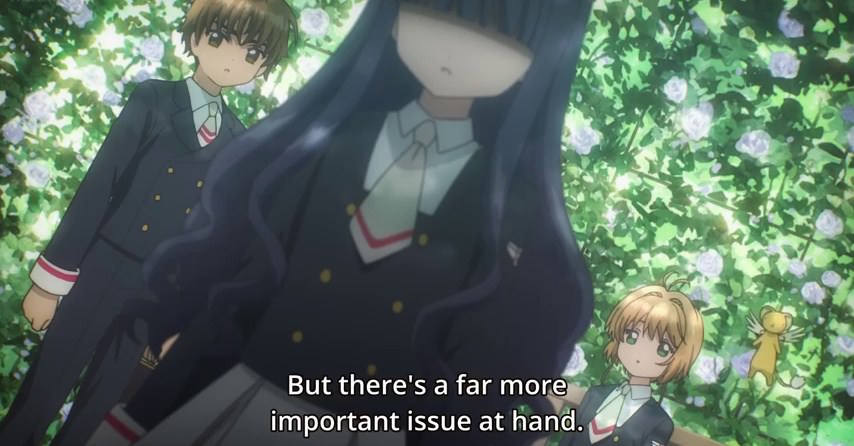 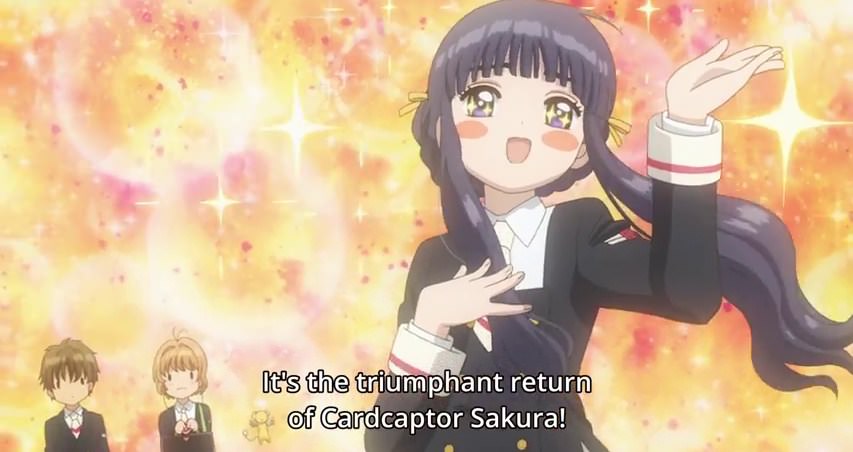 Overall, Cardcaptor Sakura hasn’t lost that sweetness and adorableness the story and its characters contained. It is still the same old Sakura, cute and warm but this time with a dash of blushing girl charm (blooming sakura) due to Syaoran. And with the improved animation it is easy to enjoy as a light watch or a trip back into nostalgia lane with new cards to look forward to.

P.S. I am waiting for the official appearance of Sakura’s costume in the opening. Love it. Thank you, Tomoyo-chan!