“They all believed in him because of the authenticity of his musical talent and his faith in it.”
― Amit Kalantri, One Bucket of Tears

I remember saying that I never force myself to write a post. I would usually look for inspiration and wait for the right moment and the right idea so that writing it isn’t a chore but something I would enjoy. Sometimes it is the smell of coffee, other times it’s the rustle of book pages or a random music playing somewhere. But more often than not, it comes from what I feel and the need to share that feeling out there somewhere.

What gives me joy these days is listening to music and relating to the lyrics. BTS have always been on the top of that list of artists I listen to in the K-pop scene, and that also extended to the members’ solo tracks and albums.

I remember watching some of the episodes of Mix Nine (a korean show) and took a liking to one of the trainers Suran, who recently won some awards for her song ‘Wine‘, which turned out to be produced by Suga. I listened to that one and loved it! So I ended up searching more collaborations between the two and found the track ‘So Far Away‘ from Suga’s mixtape Agust D. So basically, Min Yoongi has two stage names; Suga when he’s actively promoting with BTS and Agust D when solo.

To cut ties with his identity as a K-pop idol and highlight his underground influences, the mixtape was released eponymously under the name Agust D, combining his stage name spelled backward with the initials of “Daegu Town,” referencing his hometown in southern South Korea.

Intense in its vulnerability, Agust D was entirely produced by Suga, something atypical within the K-pop world. Source

His solo album Agust D is a legend in itself but I’m not going to delve into that so you can read about it here: Suga Proves His Skill in ‘Agust D’. What I’m here to ramble about is a particular song from that album:

There is nothing like the first listen to any song because first impressions do last. I absolutely fell in love with this song at first listen. Partly because it is a very well written song and mostly because of Suga’s passionate rapping coupled with Suran’s entrancing vocals.

So Far Away is a song that really captures the listener’s attention. It highlights Suga’s rapping and flaunts his creativity as one who produces his own music. From the melody, to the instruments used, to the artist’s performance of this song — everything just pulls you in. It urges you to listen more and stay until the last note. Then when the lyrics finally come into play and the message pushes through, you’ll probably wonder why you haven’t found this gem sooner.

It’s as if Suga was pouring you a coffee and serving it still hot. Not the consoling kind of coffee but one full of bitterness and pain and designed to shake one awake. It is raw, soulful and intense at the same time. It takes the listeners on a roller coaster ride through their memories, reminding them of their own hardships and pain.

It also speaks of loneliness, of being broken, and of not having a dream. That is why I think this is one of Suga’s or rather– Agust D’s masterpiece since so many will be able to relate to the message it carries. I know I’m not the only who teared up while listening to this…

This was the original version because as it turned out there were two. The second version was released when BTS had their 2017 Festa with Jin and Jungkook as the featured vocals.

This version which featured his fellow BTS members was the same yet different to the original. It has the same tone of loneliness and of being broken, but it is somewhat in the perspective of one who has moved on (or moving on) from that phase. Maybe because he is with his members now, the song gives a more positive vibe than the somewhat dark original.

Jin and Jungkook’s vocals are no joke in this which makes the song alluring and gives it somewhat of a dreamlike quality complementing well with Suga’s passionate rap. This song is already so emotional, and to share this with his boys makes it even more so and adds more meaning.

Also I noticed that the instrumental part in this newer version is similar to his solo track ‘First Love’ in their Wings album which if I must say is proof of his genius. This clearly sets it in the BTS tone and not his intense Agust D persona.

After getting called out as ‘a cold and scary person‘, ‘emotionless‘ and more, the songs he produces proves the contrary. This is someone who has so much to say and so many feelings locked up waiting to be freed through his music. This is what it means to be an artist. To live and breathe through your craft and suffer alongside it. And as much as his talent in rapping shines in BTS and the K-pop world, he is also getting recognition for his producing skills (proved when he won an award alongside Suran for ‘Wine‘ and through the release of his mixtape Agust D). 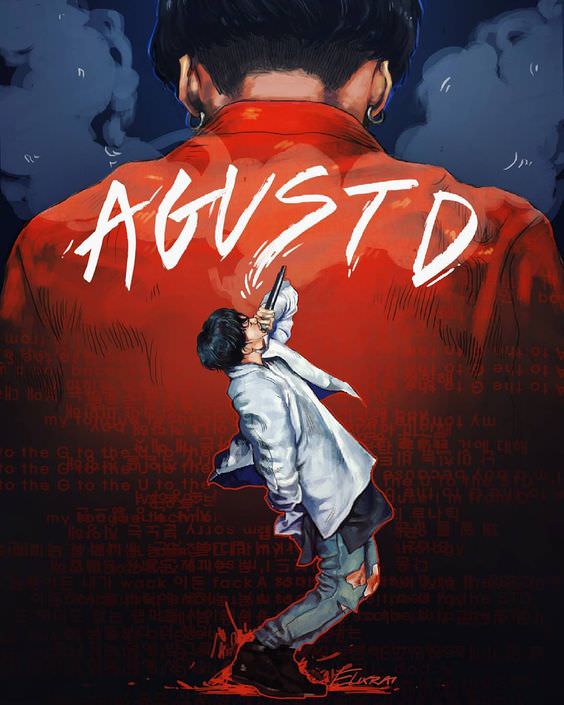 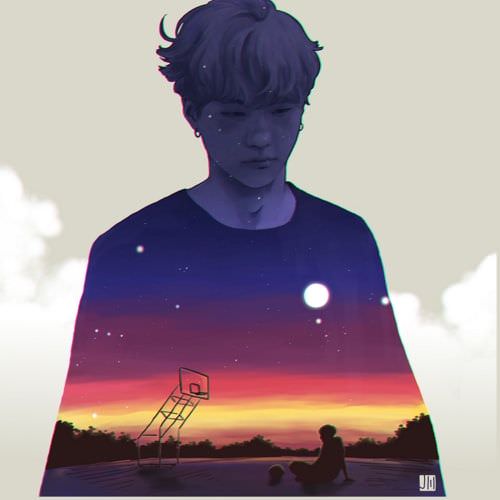 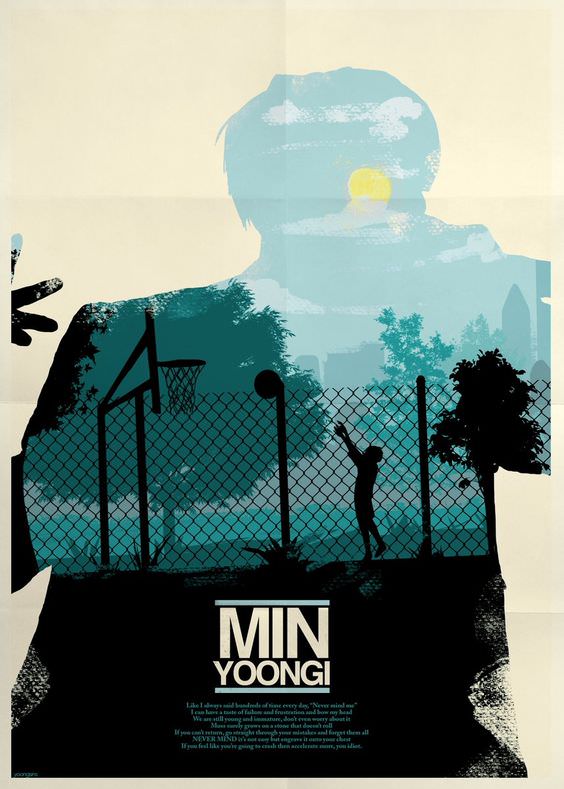 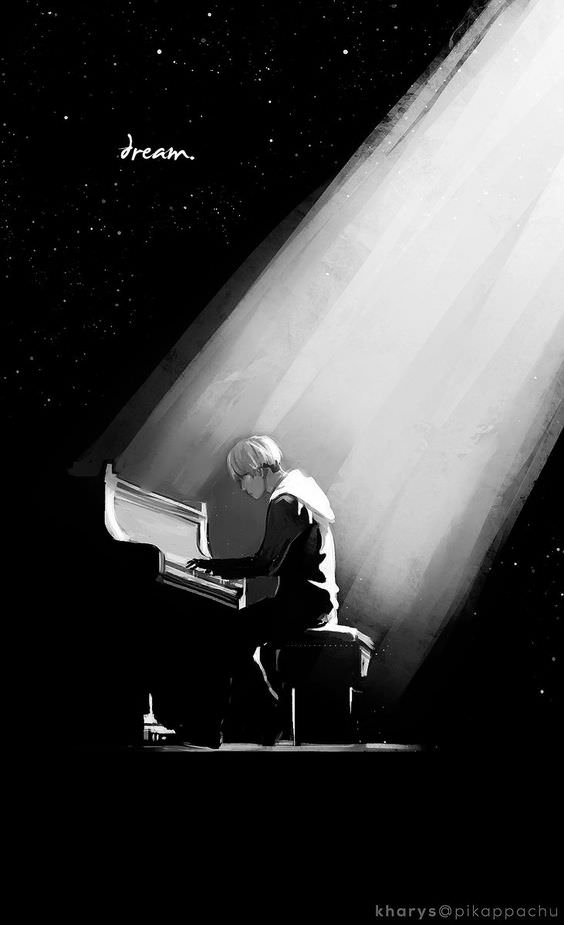 He’s the idol rapper who broke barriers and touched the lives of people with the great emotion he brings through rapping. I remember reading some fan comments and they aptly described him as someone who ‘has got the swag, duality and even the work ethic of Kwon Jiyoung (G-Dragon) and the sensibility and depth of Tablo’. He’s definitely one of the best rappers in the K-pop industry. And he definitely won’t stand down to haters and even proves them wrong in the coolest and savage way as only one Min Yoongi could do.

P.S. His predictions are also on point.
(I only just managed to watch Bon Voyage Season 1 & 2 so yeah I’m late to the party) 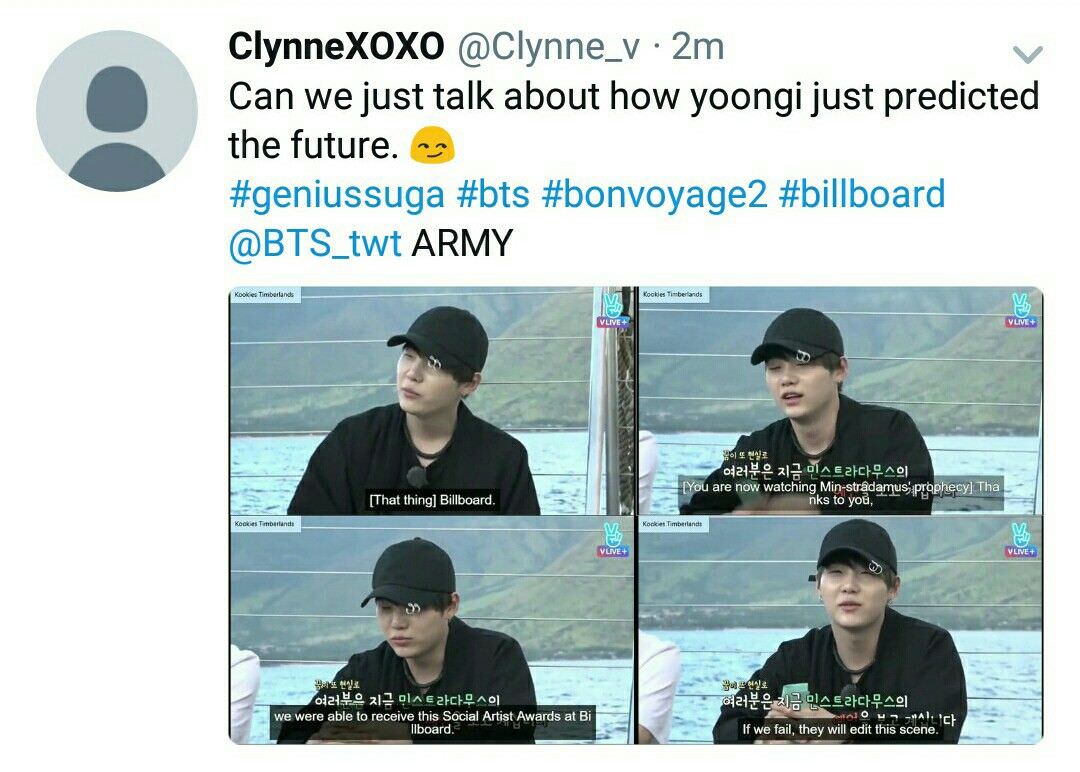 Maybe it is not so much as a prediction but a goal. And maybe it is because his dreams (and the group’s) are made to come true due to their amazing teamwork, passion and relentless hard work. These boys truly deserve the success they have right now.

P.P.S. So Far Away may not be everyone’s cup of tea but I just wanted to share this song that recently caught my heart. Happy dreaming you guys!