I was tagged by Nesha who is apparently everyone’s senpai. And being the obedient and the great kohai that I am, here’s my Five Flaming Hotties post.

And also a nod to the creators –  Realweegiemidget Reviews and Thoughts All Sorts – for this tagging partaaayy that everyone is doing because duh it is a tagging spree. 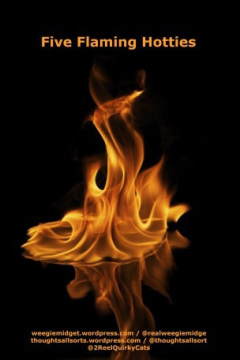 To join the party, here are the rules:

Even though it so clearly says on the title: Five Flaming Hotties, I might have gone a little over that specific number on purpose. BUT, no worries since they are listed as 5 headers so… please pardon my rampant cheating. My fangirl heart will not allow me to exclude any of them.

Tom Hiddleston & his Loki in the Marvel Universe 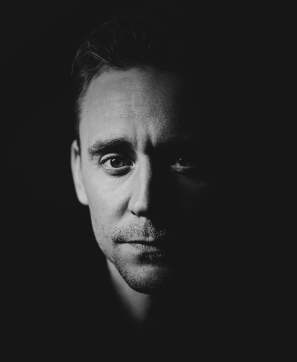 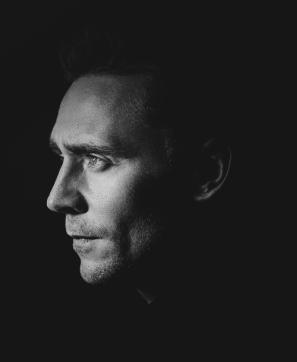 with his gorgeous British accent, master of celebrity impressions, an all around nice guy, and yes he is also known as Loki, is at the top of my list.

Apart from being an incredible actor, he can also sing, dance, draw, and he speaks several languages (French, Spanish and Greek to name a few). A fangirl definitely loves a man of several talents.

“I mean look at him for Christ’s sake. And he can act. He’s brilliant. He is Erroll Flynn reincarnated. He’s an action man. He’s got the looks. He’s an incredibly talented actor and he’s one of the finest of our generation. And a friend.”
(Benedict Cumberbatch about Tom)

And to my surprise when I was watching the animated movie Tinkerbell and the Pirate Fairy, I found out that he was the voice actor for the young James Hook. The man can definitely sing!

And his performance as Loki is just perfect! With the right amount of madness and a dash of sassiness. Honestly, Loki is the one that led me to Hiddles and basically commanded me to discover more of this English actor. So, in a way, I am eternally grateful to the god of mischief. Contrary to his mischief and bordering on evil performance as Loki, he is so very polite and kind and just truly a perfect gentleman. Basically, Tom is just one of the loveliest human beings around.

Hiddles’ words of wisdom: “We all have two lives, the second begins when you realize you only have one.”

“Loki for all his grave imbalance understood rule as I know I never will.” (Thor)

Sherlock Holmes the Cumberbatch version and also Benedict as himself 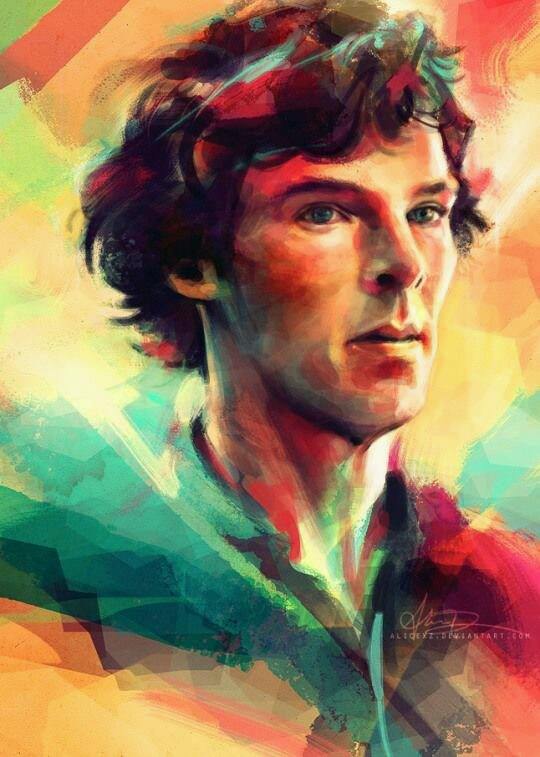 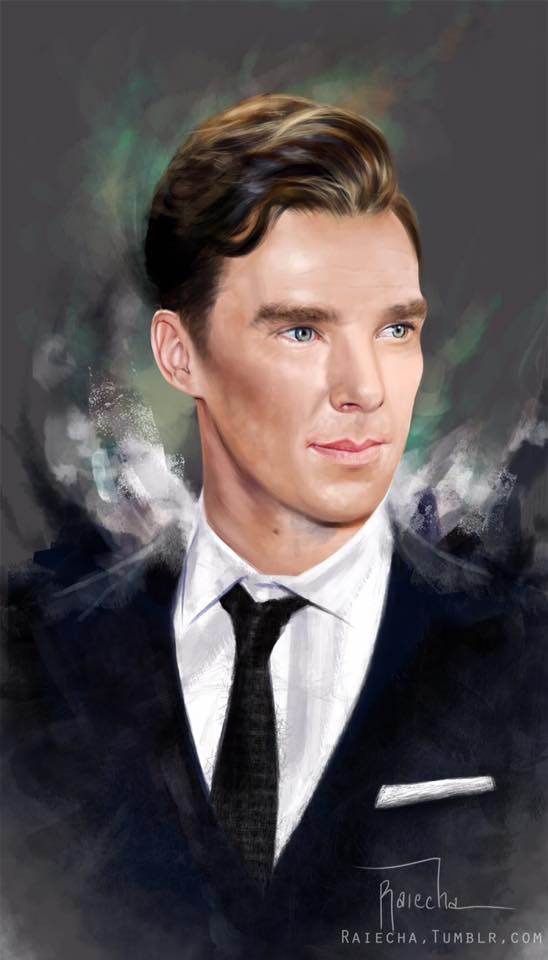 Don’t you just love it when you fall in love with a character and you also find out an amazing person behind the role? That happened with Benedict Cumberbatch (or as I like to call him – the Cucumber) and his role as Sherlock Holmes in the series Sherlock by BBC. 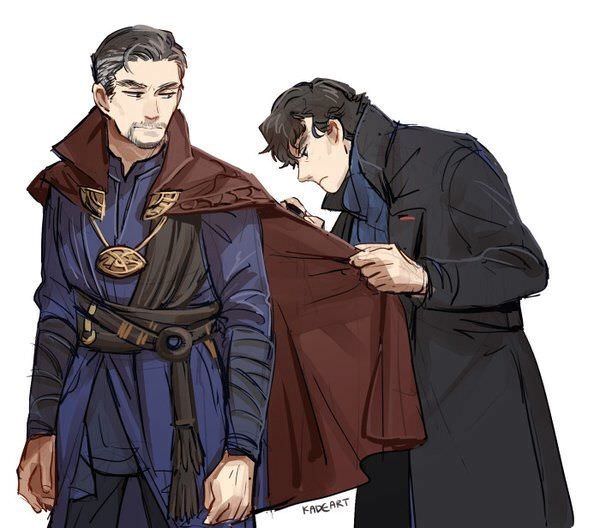 His portrayal of the genius, eccentric and proclaimed sociopath detective was definitely one of the best out of all versions I have seen. Being a Nancy Drew fan back in my childhood, mystery solving detectives was a fascination long before I discovered Cumberbatch and his Sherlock.

And then my youtube escapade happened and I pretty much watched all of his interviews. Yep, it has all gone downhill from there because there is no stopping that momentum.

Fun facts about him:

Tom Hiddles and the Cucumber are actually close friends (you can view their timeline of friendship here), they were in a movie together in 2011 called War Horse (which is a great film by the way). But I’m still waiting for this one: 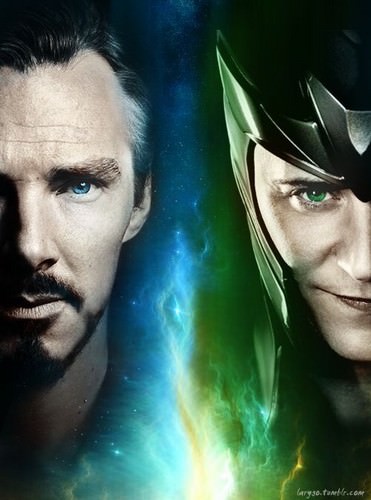 Both feminists, both great actors and both such adorable dorks. The British duo truly deserves my top 2. And did I mention that their fandoms are called the Hiddlestoners and Cumberbitches — to which Benedict disapproves and said that ‘it sets feminism back so many notches’ and that he would prefer the name Cumberpeople. But me? I prefer to be called ‘Cuddles‘ since I am a fan of both.

“Not all treasure’s silver and gold, mate.”

It’s hard to tell if Captain Jack is madly brilliant or brilliantly mad and that is his charm. Witty, unpredictable and savvy pirate steals my heart from the first movie with Johnny Depp’s mostly drunk but mainly sassy performance. 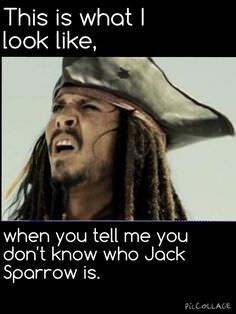 When The Pirates of the Caribbean was still a four movie franchise, I cannot count how many times I have re-watched the movies even to the point of memorizing their lines and doing an impression of Calypso and Jack. Then the fifth one was out and student life interfered. I am now just planning to re-watch from the first up to the fifth to fully satisfy my pirate cravings. Because why not? Aside from it being a supremely fun movie to watch with pirates and sea monsters and curses, the witty pirate also delivers lines which are profound and very much quotable:

“I’m dishonest, and a dishonest man you can always trust to be dishonest. Honestly, it’s the honest ones you want to watch out for, because you can never predict when they’re going to do something incredibly stupid.” 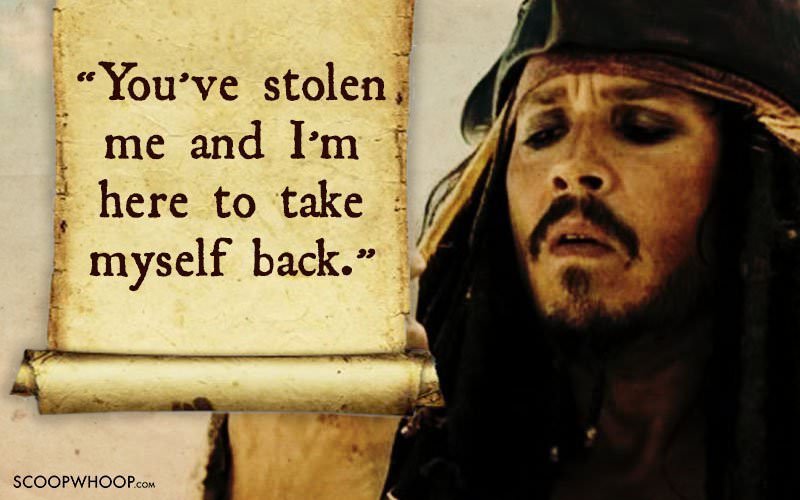 “I don’t play fair, I’m a dishonest, cheating human being who hates losing.”

I feel like I don’t have too much to say with this character since most of us who has watched or read Death Note pretty much adored L even if he is with flaws.

He is an extremely curious character who cannot let go a case unsolved. He is also very competitive as seen with his unrelenting pursuit of Kira. 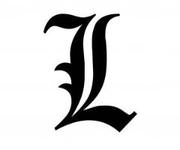 L is a detective with much quirks like his sitting style and his love for sweets. And even though he is often sitting around and eats so many sweets, he never gains any weight which is apparently due to the brain using the most calories. Imagine all that sugar fueling his love for mysteries and unsolvable cases.

Also, according to L he has to retain his way of sitting because if he sits normally, his reasoning ability would drop. He also has ample knowledge of martial arts and even excels in Tennis.

Fun fact: accoring to Tsugumi Ohba about L’s ethnicity, “I think of him as a quarter Japanese, a quarter English, a quarter Russian, a quarter French or Italian, like that.”

So, here I am trying to lowkey promote them here. But in my defense I did not plan on posting this at the same day as the release of their new music video Mic Drop (Steve Aoki Remix). And if you’re following me on twitter, majority of my tweets are about them.

Told you I was cheating with this 5 flaming hotties tag because BTS alone has 7 members.

There’s RM who is the group’s leader and a co-producer of most of their songs (and also in light of their recent Billboard and AMA exposure, he is the spokesperson of the group due to his fluency in English).

Another member – Suga a rapper and also co-producer of some of their songs; this smol but terrible man is savage just the way we like him. Jin the oldest of the lot, is one of the vocals and pretty much my spirit animal when it comes to corny jokes — thank you, Seokjin for not making me feel alone.

Then there’s J-Hope who is just a bright ball of sunshine, an all-around great guy with a talent for dancing and also dabbles in rapping and producing.

Every group has the weird one (if you are part of a group and you think there’s no weird one, chances are it’s you), and V (Taehyung) with his quirky ways and antics is pretty much the eye-catching alien in the group (and that’s not counting his deym visuals). V is also another vocalist with his deep and melodic voice.

Jimin who looks and acts fluffy, huggable and just outright adorable offstage is just an appetizer for the real thing. He is an incredibly graceful creature onstage; and the stage presence and charisma he exudes is sure to just lure you in (or maybe that’s just me).

Then, last but definitely not the least (and I say this not just as a cliche phrase) is the golden maknae (youngest) Jungkook. I say golden maknae because this kid excels in just about anything – he sings (his english covers are to die for!), he raps, he is a powerful dancer, and I think he can pretty much do anything when it comes to physical activities especially sports (and he is also a great bully to his Jimin-hyung lol).

BTS = Bangtan Sonyeondan, Hangul: 방탄소년단, and the literal translation is Bulletproof Boy Scouts. With their recent american exposure they have also taken another meaning for BTS, which is Beyond The Scene.

Each member has their own kind of pull, but combine the seven of them in one group and call them the Bulletproof Boy Scouts? You’ll have one crazy, funny, and lovable group in your hands.

I LOVE their music. I don’t speak korean, but apart from recognizing a few words and phrases here and there, I have limited knowledge about it. But thank the fates for subtitles and translations. BTS put so much effort in producing amazing songs, from composing on their own, writing meaningful lyrics (which actually talks about issues in the society), to their unique and individual vocals and raps! (Go Listen to Go Go which is one of the songs in their latest album. And Spring Day is a fave of mine.)

They spoil fans in youtube with gazillions of their content ranging from dance practices, music videos, covers, behind the scenes and even an eating show. I still haven’t gotten through all of it yet (not to mention their v live videos O.O).

To end this rave about my favorite K-pop group, here’s their latest music video release:

And a Jimin song from their latest album (Love Yourself: Her):

That’s it for my [Not Only] Five Flaming Hotties post!

And voila! The reappearance of Shibuya Tomochika from Uta no Prince-sama:

I think I won’t be tagging anyone and I’m gonna go out on a limb and break another rule right here (GASP).

To anyone reading this and interested on this tag, you can do this if you like and you can consider yourself tagged by me (link to this post if you want). Happy fangirling everyone!