“Liebster” is a German word meaning beloved or dearest.

The Liebster Award is to show love to bloggers, new and old! It’s a fun way to get your favorite bloggers to share things about the blogger behind the blog and promote them to your readers.

Liebster. So that’s another word added to my ever expanding vocabulary. And I am truly grateful to the amazing Dani @ Perspective of a Writer for tagging me. You’re another fangirl after my own heart!

Here are the rules should you choose to accept the award…

Name 6 types of characters you love most? (i.e. like genre but for characters, my examples: witty females, hot beta males, nerdy love interests, pirates, supportive best friends and orphans. If you can group them and love them, name them!)

The witty bookworms (Tessa Gray, Elizabeth Bennet), the mating bond couples (TOO MANY TO MENTION!), the sly but lovable characters, too powerful to mess with characters (basically the squad from TOG – Aelin, Rowan, Dorian etc.), the proud nerdies (Simon Lewis, Simon Lewis, oh! … and Simon Lewis!), and then there’s the tortured male heroes. I am somewhat biased towards this genre since they’re all what I’ve been reading (or rereading these days). I have a bad case of falling in like or worse fall in love with those kinds of characters. Take Will Herondale from The Mortal Instruments by Cassandra Clare and also his descendant Jace from The Mortal Instruments, then there’s the High Lord of the Night Court in the form of our glorious Rhysand from A Court of Thorns and Roses by Sarah J. Maas. Don’t get me started on Julian Blackthorn from The Dark Artifices, and even Nalini Singh’s several male heroes in her Psy-Changeling series fits the bill. There are soooo many of them that it’s a wonder I never get tired of reading about them.

And as Vanesssa Hudgen’s character Lindy in Beastly said:

“That something underneath, it’s catnip for sappy tools like me… to be the one that uncovers it.”

What favorite movie or television show do you wish would be turned into a YA series? Complete with properly aged protagonists, and YA tropes… Anything goes! 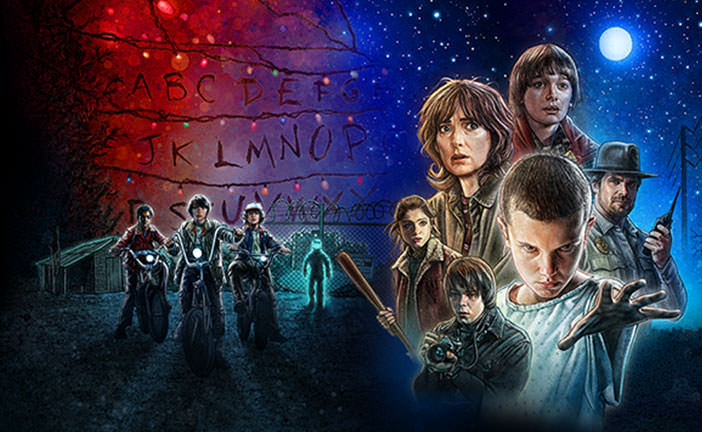 With my bleeding nose and eggos on hand, I’d be ready to submerge myself in Stranger Things series even though I’m a scaredy cat.

Have you experienced a genre that you thought you hated but fell in love with? What book won you over? 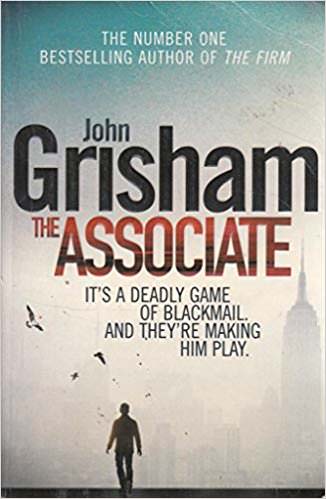 I read the legal thriller The Associate by John Grisham courtesy of my dear old dad and his collection of novels back home. And I also remember reading some Robert Ludlum books too! But not the Bourne series .. yet. Can’t remember the titles -.-”. I have always been curious about the law, and maybe it was one of the reasons why I remember being so immersed in this book. Though it is not in my usual reads, I ended up liking the genre. More legal thrillers in my future reads!

If you were captured by fairies and they turned you into any animal but you had to remain that animal for the rest of your life… which would it be (real or fictional animals are good…)?

A dragon. Definitely a dragon. Suits my hoarder personality and fire-breathing bitch attitude when roused from sleep. Beware when waking the dragon! Maybe not Daenerys’ larger than life sized dragons but more of the Toothless in How To Train Your Dragon type. Being a night fury sounds cool!

If you could teleport to any city in the world which would it be? If you had to make your way home on you own would it still be the same city?

If I could teleport I would never be able to stay in one place for a long time. Let’s be honest – Paris, London, Italy (Rome & Verona), Australia, New Zealand and wherever there are penguins and pandas. ^.^

But before visiting 221B Baker Street in London and traipsing alone through Paris – the city of love, I’ll be sticking closer to home (Asia) for those first few weeks with this amazing power.

My first destination would be Japan and its sakura trees & South Korea with their rich culture, idol industry and spicy foods. 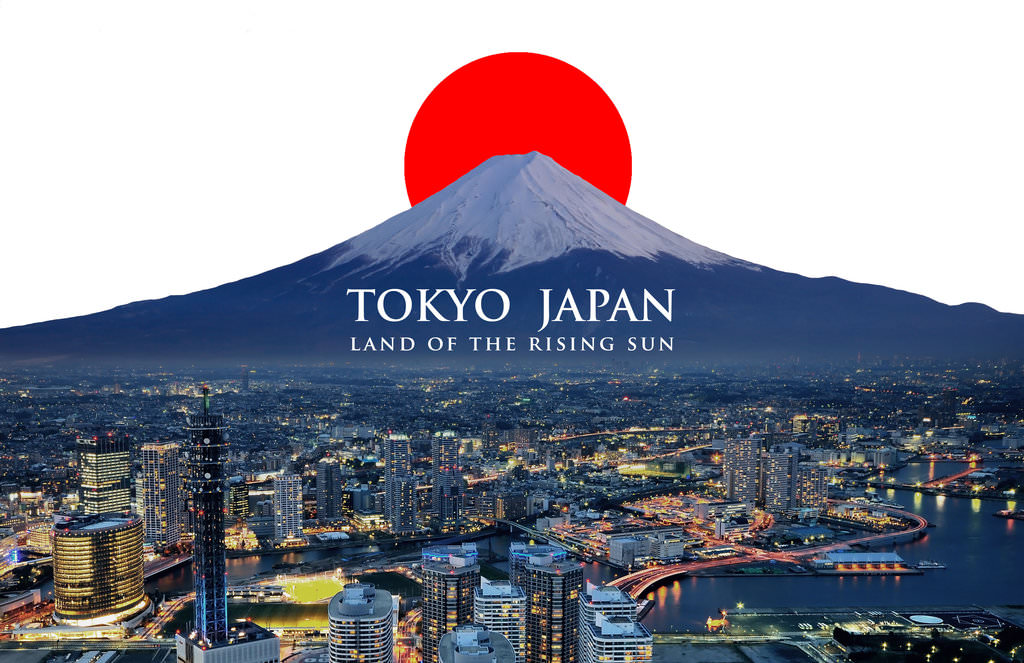 Not to be a creepy fan but I would probably teleport to Korea and straight to my idols’ concerts and fansigns though it would be unfair since I would not be paying. But hey, what’s a little mischief in this crazy dream right? And Japan would be a dream come true for a manga and anime fan like me. But aside from the country being famous for them, it would also be a delight to see some places filled with their culture like castles, temples, festivals and shrines. Not to mention the technology in that place — robots, gadgets, and of course the bullet train!

But at the end of the day, home is home. Gotta go back (bearing gifts) or my mom will be mad at me for missing my curfew. What is superpowers when you have an overpowered mother hen out there. Hands down, mother wins.

If a band were to be featured in a fictional story, which would you want it to be and why?

The first one that came to mind? Thirty Seconds To Mars. Definitely. A fictional story can be in a book or a movie right? But I’m leaning more into the movie version since I would want the audience to hear their incredible music. 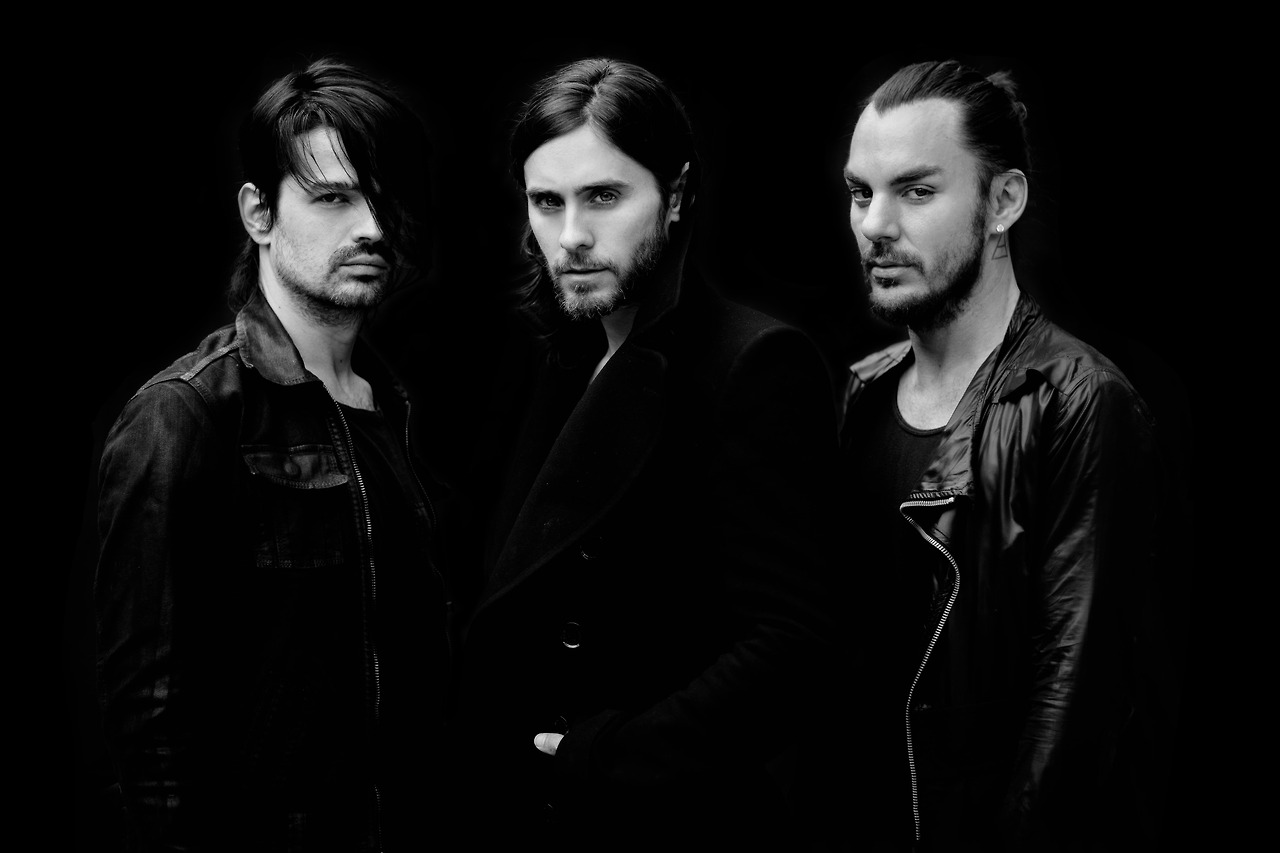 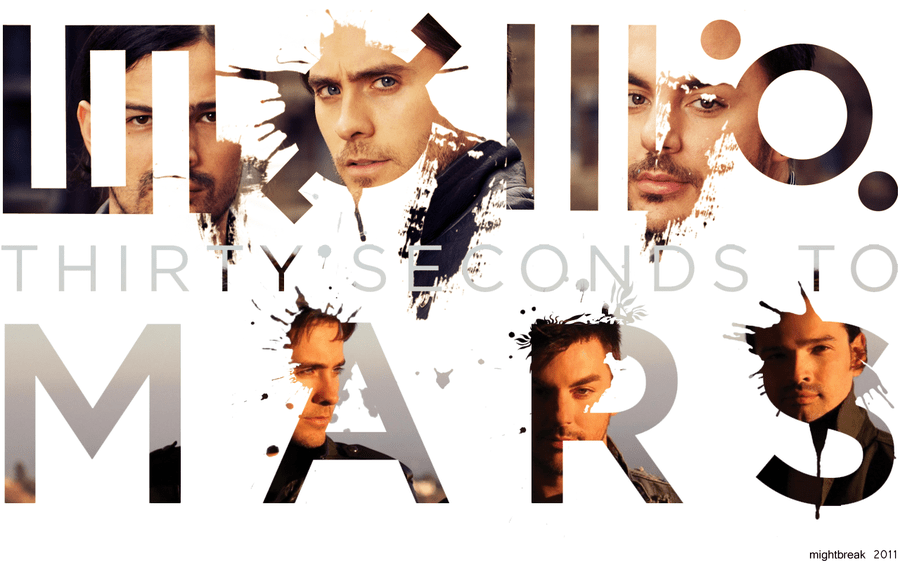 Aside from being an amazing band on their own right, the lead singer Jared Leto is one incredible actor too! So of course it should feature them. WAIT. Scratch that. They should probably make their own movie since Jared Leto also directs (tho so far it was only their music videos) under a pseudonym which he describes as an “insanely obnoxious Danish albino” named Bartholomew Cubbins (btw Bartholomew Cubbins is a character in the Dr. Seuss universe and apparently one of his favorite characters). Jared Leto also directed the critically praised short film “City of Angels” which is one of my faves among their songs.

Favorite book universe and why? (Is it the friends you would have, the world you would live in or the abilities/circumstances you would be in?)

Let’s make that plural, shall we? FAVORITES. 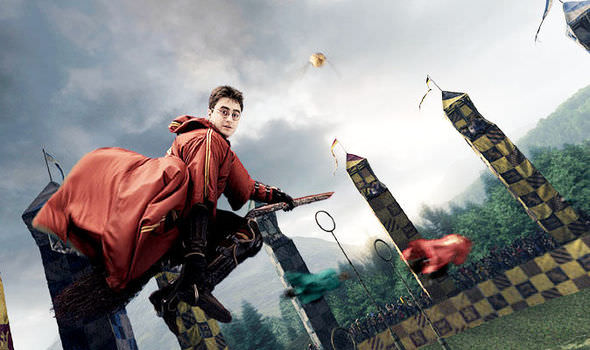 I’m gonna go with the classic Harry Potter and the world of wizards and witches. Because I want to play Quidditch too, and eat chocolate frogs and befriend Draco Malfoy (for some reason). And to top it all, I will probably be meeting and fangirling to my favorite bookworm of all – Miss Granger herself! 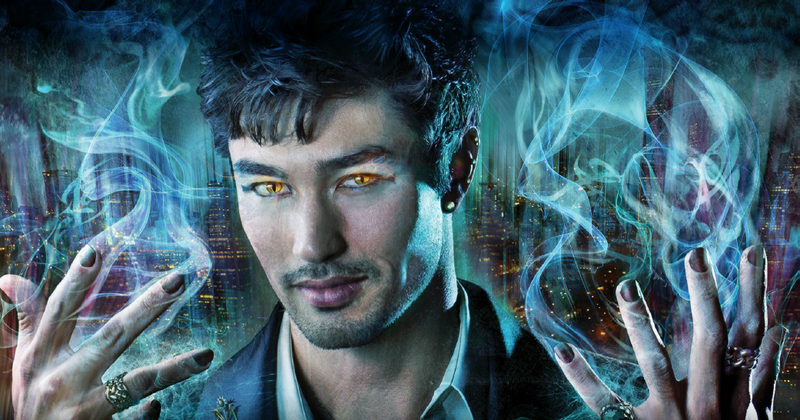 Then there’s The Shadowhunter universe. Magnus Bane sold me to being a warlock but with less glitters, and I’m a little bit on the fence about the whole immortality thing. But Tessa Gray would be there so I’m game.

Percy Jackson’s world may be full of monsters and curses and prophesies but it is also one with bravery, courage, selflessness and lots and lots of lessons from your quests. I also want to see Greek and Roman Mythology in the flesh, visit Camp Half-Blood and Camp Jupiter, and be sorted into Gryffindor. HUH? Wait I meant get myself adopted by Poseidon.

Whaaat??? Why would my sibling get to be the dragon? I am totally envious. But yes to retaining the personality.

What book describes you best? (Is it a particular character, the cover or the story?) 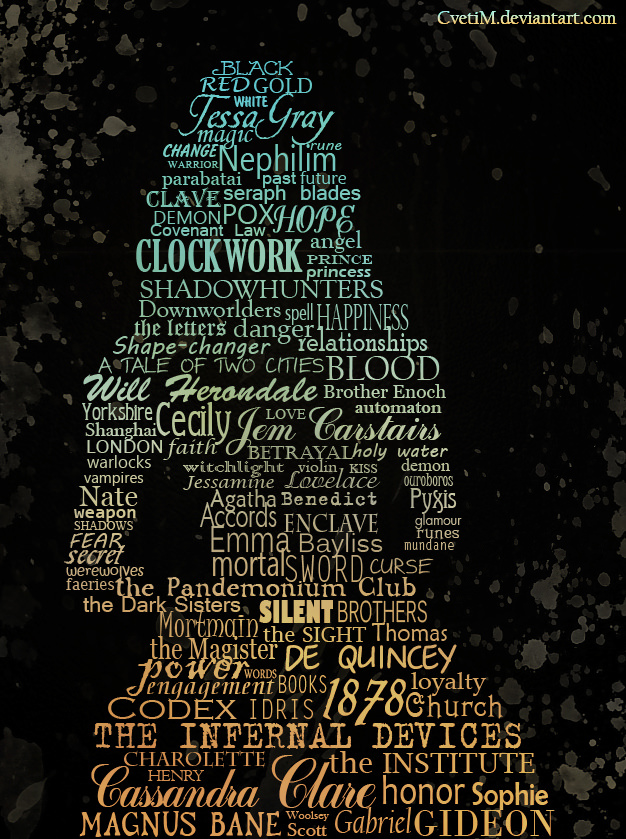 Tessa Gray from The Infernal Devices books. She is everything I want to be and everything I love. Someone who loves books, loves quotes, lives in her head and loves deeply and true. She is mature for her age and very wise. She is not the typical heroine who is described as extremely beautiful and drop dead gorgeous but I cannot help but find her beautiful.

If you had a magic tin that refilled with any non-perishable food which would you want it to be filled with?

If you wrote a book, what would it be about? (i.e. the premise, type of characters, world?)

It would probably be about a fictional character in a fantasy/supernatural world set in London because I love the idea of that city and not to mention the gorgeous accent. I think I would be interested in writing a book in a male’s perspective too, but I don’t see myself writing soon so … that’s the vague idea of my story.

I think it’s my turn to give 11 questions…

… some of which are probably very unoriginal so you don’t have to feel like you have to answer, but you still should!

Bonus question: What is that one word to describe yourself (escapist, sleeper, blogger, etc.)? And maybe one gif or one epic picture to pair it with (not the actual you but a representation of you — it can be animals, anime character, a tree or whatever).

P.S. You can tweak these questions, because some of them definitely needs it, or improvise the heck out. The only limit is your style and imagination. Have fun answering them!

P.P.S. It’s your choice if you accept the nomination. It’s been two weeks since I was nominated for this and I am only posting now because — LIFE. Take your time. And I repeat: it’s entirely up to you. 🙂

Irina @ I Drink and Watch Anime