There’s a group that recently caught my eye. They’re not the usual. They’re not from the big three. They’re fresh from debut this year and already released their 1st Mini Album. And an important detail is that they are a co-ed group.

Introducing K.A.R.D! This is mostly my first impression of the group and its members since I’m also in the process of getting to know them. Yes, I googled them for research. Guess who lead me to them the first time? Only JRE. The reaction king himself! I follow JREKML on YouTube and at that time I haven’t watched a single music video of KARD then JRE does a reaction of Hola hola MV and … homie you got me there.

Birth: October 20, 1992
Height: 186 cm
The tallest guy, with defined facial features, who dances half-naked in a dance practice video. But to be fair, he’s a great dancer. He’s the rapper with the American swag and confidence. And he can speak english.

His deep voice is suited for rap that complements the vocal in their songs. Seriously, his voice just go right through your ears.

Birth: October 4, 1996
Height: 165 cm
Seriously, this girl just grabs you. From her face, to her adorable smile, her right in your face (or ears in this case) rapping voice, and the right down to way she moves. That right there is a recipe for a potential bias. God help me, when they finally have a reality show. 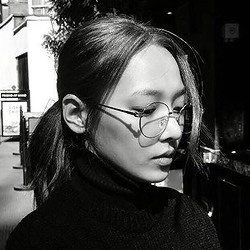 I can’t find the words to describe this goddess so here is a beautiful side profile picture:

Birth: June 12, 1992
Height: 178.5 cm
That shy gorgeous boy in the corner of the room, keeping to himself and not drawing any attention to himself. I was shocked silly because when I finally did saw him. Like, what? Was I just not paying attention? This boy is looking good.

He’s the smooth dancer compared to BM’s dominating presence and also one of the rappers of the group.

The meaning behind their designated cards.

BM, who is the King card, explained that the King is the most dependable and strong card, so he is the team’s solid foundation. Somin, the Black Joker, explained, “Depending on the situation, the black joker can be the best card, so I will show the various appeals that I have.”

Color Joker, Jiwoo explained, “I’m in charge of making our group’s singing, rapping, dancing and music colorful.” Lastly, J.Seph the Ace explained, “the Ace can either be the lowest card that supports the team, or the highest card that is sharp.”

It gives you a fresh vibe that is distinctly KARD. The songs are upbeat, pop, and to dance for! There is a feeling of completeness since there is male-female voices that complement each other in each song. 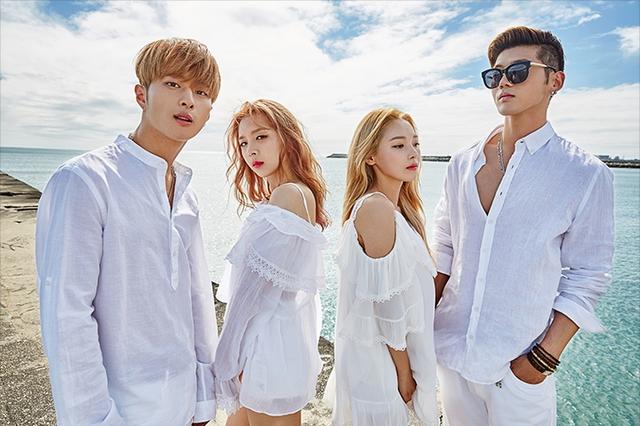 I’ve read some of the comments about them, and got to know that even before they debuted they were pretty much known, especially to the international fans through their videos in YouTube.

For a co-ed group to be accepted in the fold, this just goes to show that they have something that endears them to fans around the world, or maybe it’s just curiosity, or their music, or their personalities. Whatever it is, it is also good to see diverse concept like this in the Kpop scene.

Being a co-ed group they are in for a lot of challenges. But also open to opportunities that most groups don’t have. It will be such a satisfying feeling to see them going up up there despite and/or because of this.

During their debut showcase, B.M explained that the four members each have the roles of “King,” “Ace,” “Black JokeR,” and “Color JokeR,” but they have no letter “D” to complete their name (K.A.R.D). “The final D is Hidden,” he explained. “We wouldn’t be complete without that D.” Aww.

One of the perks of a co-ed group. They get to make videos of the boys swapping positions with the girls. Twerk it B.Seph!

And hey they have an English version Don’t Recall! I love it.

Bonus: These two are just adorable. And that song is stuck in my head for days now so, there you go.